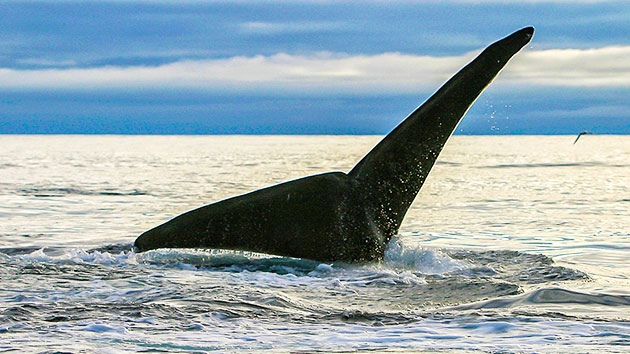 A fortunate stroke of serendipity by an astute team of Boeing employees may help save an endangered species of whales and divert about 2,000 pounds of hazardous waste.

“Initially we were looking at the best way to dispose of the sonobuoys and then realized we could donate to a good cause, which also meant extending the lifecycle of the product and supporting a leading group of scientists in their efforts to understand a critically endangered species,” Ferguson said.

NOAA is a scientific agency within the United States Department of Commerce that focuses on the conditions of the oceans, major waterways and the atmosphere. The sonobuoys were donated to NOAA’s Marine Mammal Laboratory at the Alaska Fisheries Science Center in Seattle. Prior to Boeing’s donation, NOAA had sometimes relied on aging sonobuoys, some of which were from the 1980s, to learn about more marine life. Boeing Global Engagement approved this donation, which aligns with investments in natural habitats.

“The sonobuoys are indispensable in enabling us to continue this important research,” said Catherine Berchok, research zoologist, NOAA fisheries. “We appreciate the fresh supply of more modern sonobuoys.

Since 2008, NOAA has been recording the underwater “songs” and sounds of the eastern North Pacific right whale, using sonobuoys in the Bering Sea. In recent years, with the warming of the Bering Sea, these whales seem to be shifting into the northern Bering Sea, outside their normal range.

The endangered species is the rarest of all large whales, according to NOAA. The research scientists will use the Boeing-donated sonobuoys in 2020 to determine if the whales are continuing to occupy areas outside their normal range. These data are needed to help guide future management efforts to protect this critically-endangered species. 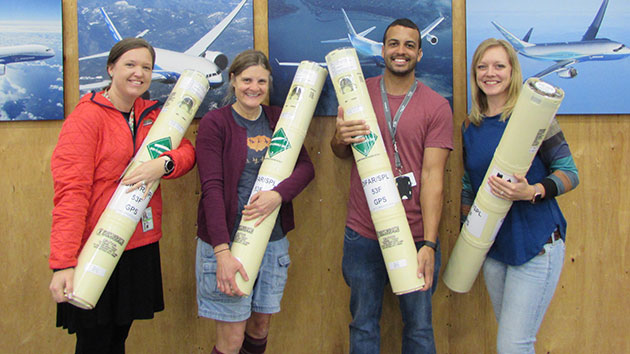