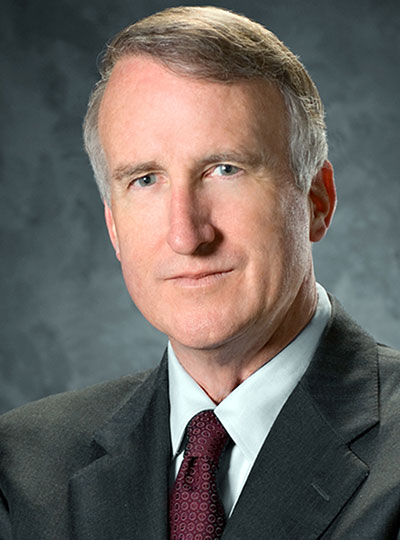 Previously, Cooning served as vice president and general manager of Boeing Space and Intelligence Systems, and chief executive officer of Boeing Satellite Systems International. Located in El Segundo, Calif., Boeing operates the world’s largest satellite factory, which is the company’s center for all government and commercial satellite systems. As a market leader, Boeing offers end-to-end intelligence services and has competency in large-scale systems integration; Intelligence, Surveillance and Reconnaissance; and navigation and communications satellites.

Prior to joining Boeing in September 2005, Cooning, a retired Major General from the United States Air Force, was director of Space Acquisition in the Office of the Under Secretary of the Air Force. He provided acquisition support to the under secretary and program management direction to field organizations for the development and procurement of Air Force surveillance, communications, navigation and weather satellites; space launch systems; information warfare capabilities; ground-based strategic radars; communications and command centers; and sustainment for the nation's land-based strategic nuclear missile systems.

Cooning was commissioned in 1973 through the ROTC program at Auburn University. He served in a broad range of acquisition and logistics positions and as program executive officer for all Air Force space programs, twice as a major weapon system program director, as a commander, and a warranted contracting officer. Cooning earned both the space and master acquisition badges.

In October 2010, Cooning was appointed a Member of the Corporation of Draper Laboratory, a non-profit research and development laboratory that focuses on advanced technological solutions to security, space exploration, healthcare and energy problems in the United States. He also serves on the Board of Directors of the Aquarium of the Pacific in Long Beach, Calif.

Cooning earned his bachelor’s degree in aviation management from the School of Engineering at Auburn University in Alabama and his Master of Business Administration degree from the University of Alabama.