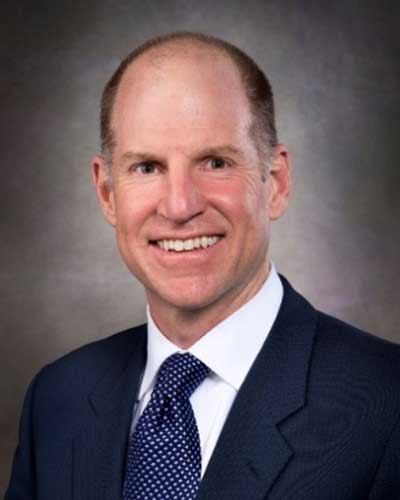 Prior to this role, between 2007 and 2017 Abraham held a variety of sales program manager and sales director positions within the Boeing Commercial sales organization, adding increasing levels of responsibility for some of Boeing’s largest customers and geographic regions: Europe and Russia; Germany, Austria and Switzerland – including Lufthansa the Lufthansa Group; North America – including Fed Ex, United Airlines, Allegiant Air and Alaska Airlines.

Before sales, Dan was the Flight Deck and Crew Subject Matter Expert for Marketing. In this role, he was responsible for sales, marketing, and strategy activities related to Flight Operations and Boeing flight deck design. This assignment followed his first assignment after joining Boeing in 2004 as a Regional Director in the Economic Analysis group of Boeing Commercial Airplanes Marketing and Business Strategy, where he provided revenue and cost analysis in support of sales, product strategy, and marketing.

Previous to his Boeing career, Dan spent three years as a pilot with American Airlines and served for ten years on active duty in the United States Air Force. In 2013 he retired from the Air Force Reserve as a Lieutenant Colonel after a 23-year career spanning active duty and the Air Force Reserve. During his military career, he was a Financial Manager for Air Force Space Command, a C-141 and C-17 pilot, and the program manager responsible for the Air Force’s nuclear airlift program.

Dan has a Bachelor of Science degree in Economics from the United States Air Force Academy and an MBA from Auburn University. He holds an Airline Transport Pilot rating and has logged over 3,500 flight hours in the C-141, C-17, 727, and MD-80.