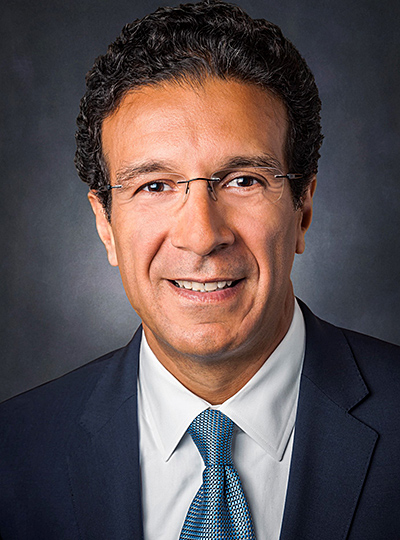 Ihssane Mounir is senior vice president of Commercial Sales & Marketing for The Boeing Company. Appointed to this position in 2016, Mounir is responsible for the sales and marketing of commercial airplanes and related services to airlines and leasing customers around the world.

During his Boeing career, Mounir has held senior leadership positions across Boeing’s Commercial Sales & Marketing organization. He served as vice president of Sales & Marketing Operations, and led commercial airplane sales efforts in many regions of the world, including serving as vice president of Sales for China, the world’s largest and fastest growing market, from 2011 to 2016.

Mounir joined Boeing as a senior aerodynamics engineer in 1997. He received his Bachelors and Masters degrees in aerospace engineering from Wichita State University.

Throughout his career, Mounir has contributed to the aerospace community by authoring papers in the field of experimental and applied aerodynamics. His work and research have been honored with several awards by the American Institute of Aeronautics and Astronautics.