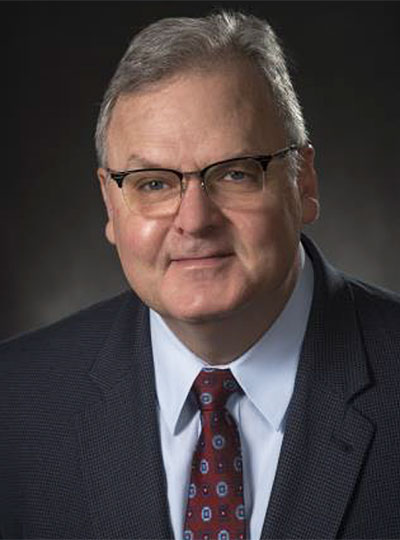 Jim Chilton is senior vice president of Space and Launch for Boeing Defense, Space & Security. Chilton assumed this role in April 2018, which realigned his previous Space and Missile Systems role, created in July 2017, to focus entirely on space and launch programs for government and commercial customers.

From October 2016 to the July 2017 restructuring of the Boeing space and defense business, Chilton led Network & Space Systems, which included much of the current Space and Launch portfolio. Before that role, starting in 2013, he was vice president and general manager of Strategic Missile & Defense Systems within Network & Space Systems. Previously, Chilton served as vice president and program manager for Exploration Launch Systems and led SLS, Boeing’s heavy-lift launch vehicle program.

Chilton has served on many boards, including United Launch Alliance, the Space Foundation, and the International Academy of Aeronautics board of trustees.

Chilton has a bachelor’s degree in mechanical engineering from Washington State University and a master’s degree from the Florida Institute of Technology. He also completed the systems acquisition course for general and flag officers at Defense Acquisition University and is a graduate of Harvard Business School’s Advanced Management Program.