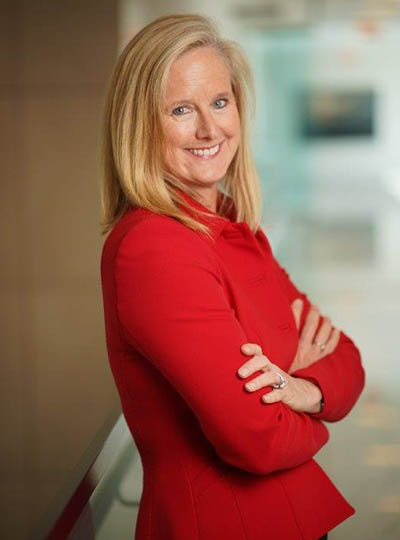 Most recently, Sears was the vice president and general manager of Autonomous Systems for Boeing Defense, Space & Security. In that role, she managed cutting edge autonomous programs, development of autonomous capabilities, intelligence and networking solutions for government and commercial customers.

Sears’ more than 33-year career in the aerospace, defense and satellite industries began with roles in weather and communication satellites systems across USG and commercial entities, most notably as President of Intelsat General Corporation. She has also worked in international sales, network and ground systems and operations.

Since 2008, Sears has served on the President’s National Security Telecommunications Advisory Committee, and she maintains an active leadership role in several other business associations and boards. She is a past recipient of the Honorable Peter B. Teets Award, given by the National Defense Industrial Association’s Space Division, for outstanding leadership and significant contributions to the development, operations and support of space systems.

Sears graduated from the University of Richmond with a bachelor’s degree in marketing and economics and has a master’s degree in business administration from The George Washington University.