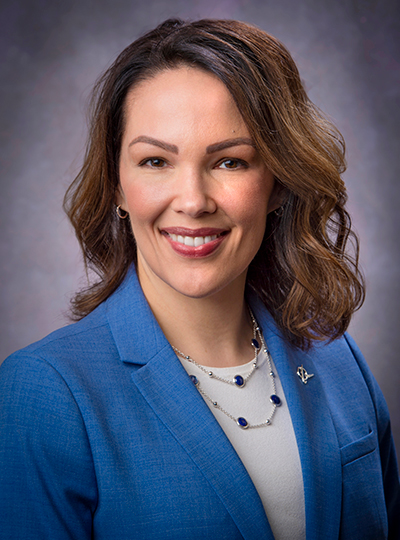 Prior to this role, Smith served as vice president and general manager for the integrated 747/767 program, overseeing all aspects of production for both aircraft. She also led Boeing Fabrication from 2017 to 2020, overseeing a global team of 16,000 employees producing components for Boeing; during this time she also launched Boeing Additive Manufacturing to drive the company’s strategy, investments and implementation of 3D-printing technology.

Smith has served in leadership positions in Boeing Corporate and Defense, Space & Security organizations. From 2014 to 2017, she served as vice president of Attack Helicopter Programs and the company’s senior site executive in Mesa, Ariz. In 2015, Smith played a key role in the development of Tata Boeing Aerospace Ltd., a joint venture in India between Boeing and Tata Advanced Systems Ltd. which produces fuselages for the AH-64 Apache and other aero structures.

From 2011 to 2014, Smith served as vice president of Environment, Health and Safety (EHS) overseeing efforts to improve on-site safety and reduce the environmental impact of Boeing operations. Under her leadership, EHS launched “Go for Zero – One Day at a Time,” a program that has significantly improved Boeing’s workplace safety performance.

Previously, for Commercial Airplanes’ supply chain organization, Smith was responsible for contracting, performance and strategy development with Spirit AeroSystems, Boeing’s largest external supplier. Since joining Boeing in 1997, she has held leadership roles in Fabrication, Airplane Programs and Quality, as well as Research & Technology for the 737 and 757 programs.

Smith holds a bachelor’s degree in mechanical engineering from Michigan State University and an Executive Master of Business Administration and Leadership Certificate from Seattle University. In 2017, she received the Army Aviation Association of America’s Knight of the Honorable Order of St. Michael Award. Smith serves on the board of Washington STEM, a non-profit committed to advancing equity, excellence and innovation in science, technology, engineering and math for all students in Washington State.