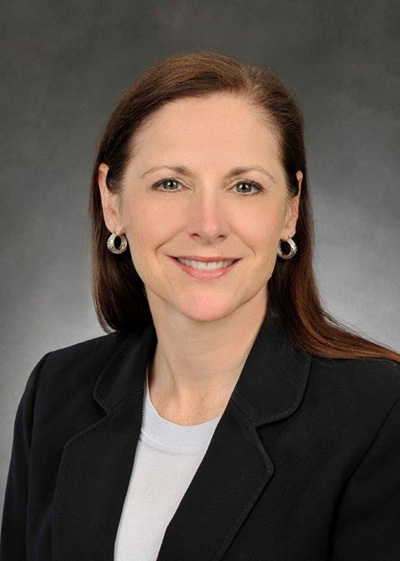 Kim Pastega is vice president and general manager of Fabrication for Boeing Commercial Airplanes. Named to this role in April 2020, Pastega oversees a global operation of manufacturing sites and thousands of employees producing components and is responsible for fabrication capability integration across the enterprise.

Fabrication operations are dedicated to engineering and manufacturing millions of aerospace parts, tools, kits and assemblies to meet Boeing needs for composites, metals, emergent and manufacturing services, electrical systems, interiors and propulsion. Fabrication, which is the largest supplier to Commercial Airplanes, with manufacturing business units in five U.S. states (Montana, Oregon, South Carolina, Utah and Washington) and internationally in Australia, Canada and the United Kingdom.

Pastega previously served as vice president of Supply Chain Delivery and Performance for Manufacturing, Supply Chain & Operations. In this role, she was responsible for ensuring stable supply chain operations to support the production system.

Since joining Boeing in 1990, Pastega has held a range of engineering, program management and operations leadership positions in Commercial Airplanes and in Boeing Defense, Space & Security. As vice president of Fabrication for Defense, Space & Security, she was responsible for consolidating sites and developing an integrated strategy. In addition, she led efforts to streamline Property Management across the business unit.

Before joining Defense, Space & Security, Pastega was vice president of Production System Operations for the 787 Dreamliner program. She led the team responsible for implementing a comprehensive operations plan for assembling 787s, stabilizing the production system, and ensuring an integrated build schedule and factory readiness for production ramp-up. Pastega also served as vice president and general manager of the 767 program, overseeing a major factory relocation and consolidation and partnering with the Defense, Space & Security team for the historic win of the U.S. Air Force KC-46 Pegasus program.

Pastega was director of 777 Manufacturing and deputy program manager and engineering lead for the 777 Freighter program, with responsibility for the development and entry into service of the 777 Freighter. Among other leadership roles, she served as chief engineer at Fabrication’s Interiors Responsibility Center in Everett, Washington.

She is a member of the College of Engineering Industrial Advisory Council at Iowa State University. She also serves on the board of the YWCA Seattle | King | Snohomish.

Pastega has a bachelor’s degree in aerospace engineering from Iowa State University.