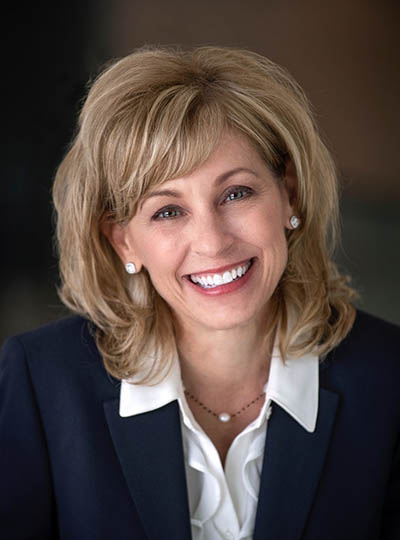 Fortune magazine named her to its Most Powerful Women list in 2020, for the fourth consecutive year. In addition to being a member of the Women in Aviation hall of fame, Caret is a fellow of the Royal Aeronautical Society and an associate fellow of the American Institute of Aeronautics and Astronautics. She is also on the George W. Bush Women’s Initiative Policy Advisory Council.

Caret is a second-generation Boeing employee who started working for the company in 1988. Prior to her current position she was president of the company’s Global Services & Support organization, BDS chief financial officer, and vice president and general manager of Vertical Lift cargo, tiltrotor and attack rotorcraft, among others. Caret holds a Bachelor of Science degree in Business Administration from Kansas State University and a Master of Business Administration degree from Wichita State University. She also earned certifications from Harvard University in the Program for Leadership Development and the International Security Defense Program, and completed the Integral Leadership Program at the University of Notre Dame.