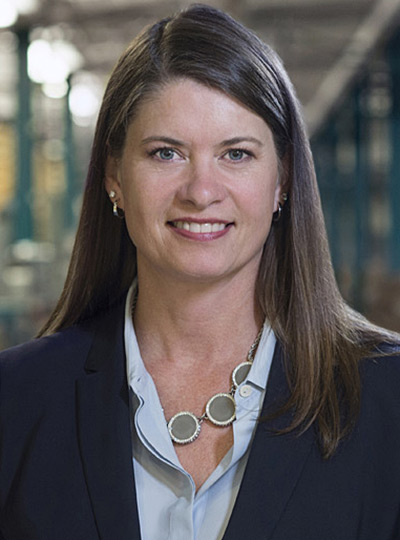 Lynne Hopper was named vice president and general manager of Engineering Strategy & Operations in August 2021. In this role, she has responsibility for functional excellence and integration across the company’s engineering team and is deputy to Greg Hyslop, Boeing Chief Engineer and Executive Vice President of Boeing Engineering, Test & Technology. She leads the Functional Chief Engineers Office, strategic workforce planning, talent management across all the business units, and enduring projects such as design practices and processes, as well as the deployment of model-based engineering.

Most recently, Lynne served as vice president of Engineering for Boeing Commercial Airplanes. She was responsible for effectiveness and efficiency of the engineering function across Commercial Airplanes and for engineering design, producibility, delegated compliance, safety, and customer support activities for all commercial airplane models. She identified and implemented best practices and ensured the right engineering skill sets, processes and tools were in place for designing, integrating, building, testing, certifying, delivering and supporting Boeing airplane products.

She also served as a member of the Boeing enterprise Engineering leadership team, overseeing export compliance and intellectual property activities in Commercial Airplanes.

Previously, Hopper was the vice president of Boeing Test & Evaluation, where she was responsible for laboratory and flight test operations, in support of validation and certification of Boeing commercial and defense products. Named to that position in 2018, Hopper oversaw 5,000 engineers, pilots, mechanics and technicians, who test and evaluate new Boeing aircraft, modifications and upgrades to existing aircraft, and who provide test support to Boeing businesses.

Prior to that position, Hopper served as vice president of Engineering, Modifications & Maintenance for Boeing Global Services where she was responsible for fleet engineering services, modifications to aircraft, logistics products and support, Aircraft-on-Ground (AOG) services, forward base deployment with operators around the world, and Maintenance, Repair and Overhaul facilities in San Antonio, Cecil Field and Shanghai.

Hopper also previously served as vice president of Commercial Airplanes Customer Support, where she managed the health of the world’s largest fleet of commercial jetliners – more than 13,000 airplanes. She oversaw a complete set of Boeing technical resources, helping more than 800 operators maintain their fleets throughout the life cycle of their airplanes.

Hopper led the development of regulatory-delegated authorized representatives for Commercial Airplanes from 2004 to 2007 and has held leadership positions in 737, 747 and 757 Airplane Systems, and in Airplane Safety and Airworthiness.