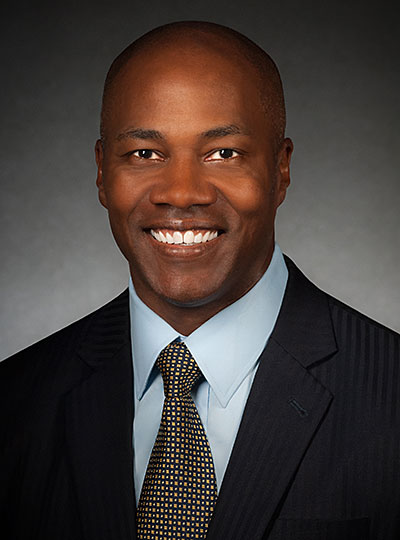 Mark Cherry is vice president and general manager of Vertical Lift, a division within Boeing Defense, Space & Security. In addition to this role, Cherry is also the Boeing Philadelphia senior site executive. Cherry is responsible for a portfolio of rotorcraft capabilities and aircraft that includes the AH-6 Little Bird, AH-64 Apache, H-47 Chinook, MH-139 Grey Wolf, V-22 Osprey, and future vertical lift solutions such as DEFIANT X. He is responsible for program execution, customer satisfaction and business growth, overseeing operations in Arizona and Pennsylvania, serving and supporting customers in the United States and more than twenty countries.

Prior to this position, Cherry was vice president and general manager of the Phantom Works division within Boeing, Defense, Space & Security. In this role, he oversaw an advanced research and development organization that is responsible for engaging customers through cutting-edge visual modeling and simulation; innovating cross-cutting concepts and technologies; prototyping solutions to extend current products and win new programs; and developing new businesses and entering new markets.

Cherry joined the company in November 2017 from Aurora Flight Sciences where he served as president and chief operating officer for five years. In this role, he was involved in the development of autonomous systems that include perception, machine learning and advanced flight-control systems.

Cherry holds a Master of Business Administration from Stanford University and Master of Science degrees in Systems and Aeronautical Engineering from the Air Force Institute of Technology. He is a graduate of the U.S. Air Force Academy with a Bachelor of Science in Engineering Mechanics.