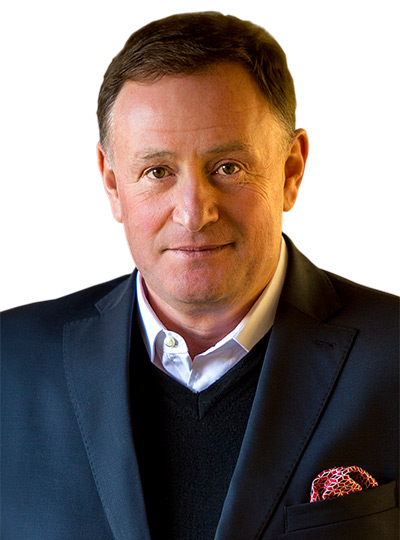 Kravchenko has worked at Boeing for more than 25 years. From 1994 to 2002, he was a director in Boeing Commercial Airplanes in Seattle, Washington, and later served as a vice president for organizations in Engineering, Supply Management and Commercial Aviation Services. He also served as part of the leadership teams responsible for the design of the Boeing 777 and 787 airplanes.

In 1997, Kravchenko proposed to create the first Boeing engineering center outside of the U.S. Since then, he leads the Boeing Design Centers in Moscow and Kyiv that cumulatively grew up to more than 2,000 engineers, participating in all Boeing Commercial Airplanes and services programs.

Before his appointment as president of Boeing Russia, Ukraine and the CIS, Kravchenko coordinated and directed Boeing Commercial Airplanes strategy development, industry participation, technology design, commercial aviation services and new business development programs in Russia and the CIS region. He also provided direct sales support of commercial airplanes and services in Russia, Ukraine and the CIS, and supported Boeing projects related to the International Space Station.

Before Kravchenko joined Boeing in 1992, he worked as a professor and as a lead scientist of the Russian Academy of Sciences. He also taught in Moscow and worked as a visiting professor and a research consultant in Sweden, the United States and South Korea.

Kravchenko holds a PhD, earned in 1984, and a doctorate degree in engineering science, earned in 1991. He has published more than 70 research papers and holds more than 20 patents in various areas of engineering.