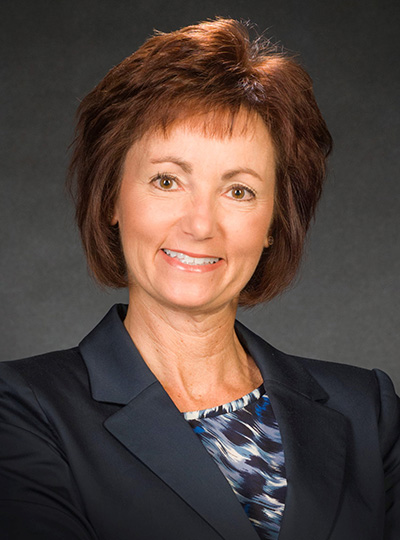 Shelley Lavender is senior vice president of Strike, Surveillance and Mobility (SSM), a division within Boeing Defense, Space & Security (BDS), and the St. Louis senior executive. SSM is one of the world’s largest providers of military airpower, serving the United States and more than 40 countries, while continuing to expand globally with steady growth in international sales.

As senior vice president, Lavender manages execution and growth of a portfolio of strike-fighter, surveillance and mobility platforms, including the T-7 training system, F/A-18E/F Super Hornet, EA-18G Growler, F-15 Eagle, AWACS and the B-1 and B-52 bombers. She also leads the team responsible for the modernization and modification of several U.S. Department of Defense and international aircraft programs, including various surveillance and reconnaissance, executive fleet and head-of-state aircraft.

Lavender’s role also includes responsibility for the St. Louis-based 777X team, which is designing, building and assembling parts of the aircraft’s all-new composite wing in partnership with Boeing Commercial Airplanes.

Prior to this role, Lavender led the former Boeing Military Aircraft organization within BDS, which included four divisions: Mobility, Surveillance and Engagement; Global Strike; Autonomous Systems; and Vertical Lift. She has also been the vice president and general manager of Integrated Logistics, focused on providing readiness and after-delivery support for a wide variety of military platforms and systems.

Earlier in her career, Lavender served as vice president and general manager of Global Strike, where she was responsible for the execution and growth of a portfolio of strike-fighter and attack-helicopter platforms. Her other leadership positions include serving as the vice president/chief engineer for BMA and as program manager for the F/A-18E/F Super Hornet, where her responsibilities included all aspects of program performance, including development and production. She was also the director of Tactical Aircraft Integrated Product Teams and the F/A-18 chief engineer.

Lavender began her aerospace engineering career at Hughes Aircraft Company in El Segundo, Calif., in 1986, as an engineer on the F-15 APG-70 radar program. She joined Boeing in 1988 as an avionics engineer. Through the years, Lavender has held a variety of positions of increasing responsibility, including program manager for the T-38 Avionics Upgrade Program and director of Tactical Aircraft Mission Systems.

In 2021, Lavender was elected to the National Academy of Engineering for her contributions to the technological advances of military aircraft platforms and systems. In addition, she serves on the National Council and leads the MBA Advisory Board at the Washington University Olin Business School. She is a member of Civic Progress, an organization of the top business leaders in St. Louis working to improve the community and business life of the region. She also serves on the board of trustees for The Mission Continues and is on the board of commissioners for the St. Louis Science Center.

Lavender holds a bachelor of science in computer engineering from the University of Illinois and a master of business administration from Washington University in St. Louis. She has been named a distinguished alumna of both universities.