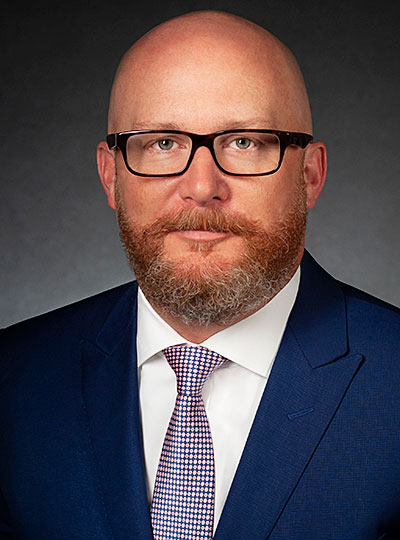 Steve Parker is chief operating officer of Boeing Defense, Space & Security. In this role, he is responsible for day-to-day business operations and leads an integrated organization that includes total quality, manufacturing, supply chain, and program management – all focused on ensuring we meet or exceed our customer commitments.

Over his thirty years of service with Boeing, he has developed deep global expertise in operations, program management and technical leadership through the execution of large complex businesses and programs ranging from the manufacture and modernization of aircraft and weapon systems, through to the development and fielding of networks and advanced systems.

Prior to his current role, Parker led the Bombers & Fighters division within Boeing Defense, Space & Security that included tactical and air dominance fighters to include the F/A-18E/F, EA-18G, and F-15E/EX, the T-7A training system, and strategic Bombers comprising the B-1, B-52 and in collaboration with Northrop Grumman the B-2.  In addition to being responsible for more than 15,000 employees at the St Louis site as senior executive, he also oversaw the design and manufacture of composite flight controls and the innovative folding wingtip for Boeing’s new 777X passenger airplane.

Prior to that, Parker led the Vertical Lift division, responsible for cargo, tiltrotor and attack rotorcraft, including the AH-6 Little Bird, AH-64 Apache, H-47 and MH-47 Chinook, MH-139 Grey Wolf and V-22 Osprey. Before that, as vice president & program manager, he led numerous programs to include the T-7A Advanced Pilot Training program, the F-15 Eagle, and the H-47 Chinook where he supported the U.S. Army and Special Operations Command.

Other roles have included managing daily activities for the company’s largest subsidiary outside of the United States, as chief operating officer of Boeing Defence Australia; serving as vice president and general manager of the former Network and Space Systems division, and leading the rapid acquisition of Australia’s C-17 fleet.

He is a member of the Air Force Association, the Army Aviation Association of America, the Tailhook Association and the Executive Committee of the Chair’s Council at Greater St. Louis Inc., an organization of the top business leaders in St Louis who are working to improve the community and business life of the region.   Parker earned a master’s degree in project management from Queensland University of Technology and is a Certified Practicing Project Director.