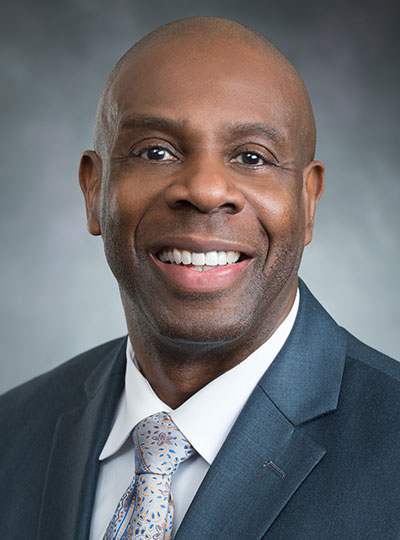 Tony Martin is vice president of Total Quality for Boeing Defense, Space & Security (BDS). In October 2020, Martin was named to a two-year assignment leading Boeing’s Quality Process Council, during which he also will serve on the Boeing Executive Council. In this role, he will work with other Boeing leaders to guide the company’s quality improvement journey and ensure that the right people, processes and tools are available to deliver perfect products and services for Boeing’s customers.

Martin brings more than 33 years of aerospace experience to the role, ranging from fabrication support to final assembly and delivery, including both operational and leadership expertise.

Most recently, he held a leadership role in Boeing’s Commercial Airplanes business as director of 787 Midbody Operations for Boeing South Carolina, where he managed all aspects of production in the assembly and integration of Dreamliner midbody fuselage components produced at the North Charleston site.

Previously, Martin served as director of operations for V-22 assembly and the Composites Center of Excellence (CCOE) at Boeing’s Philadelphia site in Ridley Park, Pennsylvania, and director of Fabrication for Boeing South Carolina, where he provided leadership during the startup of the Emergent Operations Organization in support of the 787 program.

From 2008 to 2012, Martin was the director of the H-47 Chinook program, responsible for management of all production operations. In this role, he led Chinook helicopter production efforts for customers including the U.S. Army, International Programs and Special Operations Forces. Prior to this assignment, he spent eight years supporting the V-22 program, first as a senior manager with oversight of V-22 fuselage production. He was promoted to director of operations for the program in 2006.

Martin began his career with Boeing in 1986 as a member of the Industrial Engineering organization. In 1994, he established the Tool Planning organization, the first of its kind in Philadelphia. Martin went on to become a senior manager in the Tooling organization, where he was responsible for the fabrication, machining and assembly of all tools for the site. In 1999, Martin was the first employee from the Philadelphia site to be selected to participate in the Manufacturing Rotation Program. In this role, he supported day-to-day operations of the F/A-18 E/F Final Assembly and Ramp Team.

Martin holds a Bachelor of Arts degree from Wichita State University and a Master of Business Administration from Villanova. Martin is also active in several community services and professional associations.