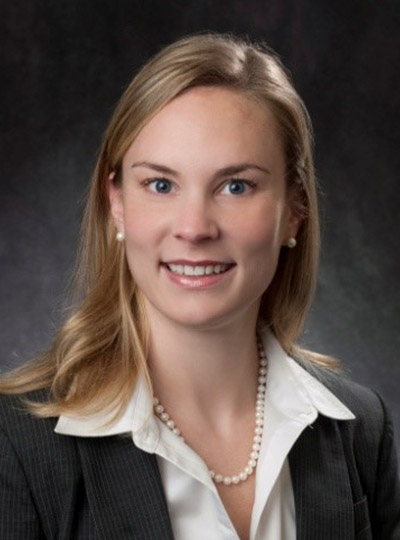 Ashley Holbrook serves as Chief of Staff for Boeing’s Government Operations function. In this role she is a senior adviser to the Executive Vice President of Government Operations and serves on the leadership team responsible for steering the Company's public policy and global engagement efforts, including all U.S. federal, state and local government liaison operations.

Ashley Holbrook began her career with the Boeing Company in 2010 as one of the first executives hired to serve in the Government Operations function of the company’s newest commercial manufacturing facility, located in South Carolina. She was later named Chief of Staff for the National Strategy & Engagement team in Washington, DC in 2015, where she was responsible for coordinating daily operations of the State & Local, Boeing Global Engagement, Strategy & Advocacy, and Political Mobilization teams. Holbrook returned to Charleston in 2018 to serve as Director of National Strategy & Engagement in her home state, linking her passion for the company and the state of South Carolina. In this role she managed Boeing South Carolina’s external engagement programs supporting the company’s business units and led Boeing South Carolina’s external veterans and environmental strategies.

Before joining Boeing, Holbrook served as a congressional staffer for U.S. Senator Jim DeMint in Washington, DC and Charleston, SC. Holbrook focused on judiciary and education policy as the Senator’s Legislative Assistant in Washington, DC. While in South Carolina, she managed the Senator’s Charleston, SC office and served as a liaison between the Senator and nearly 700,000 constituents located in the 1st Congressional District.

Previously, Holbrook served in the White House during the George W. Bush administration, where she served on the confirmation team of U.S. Supreme Court Chief Justice John Roberts. While at the White House, Holbrook worked on the executive branch nominations portfolio, serving as the liaison between Capitol Hill and the White House Office of Presidential Personnel on a variety of activities related to the nomination and confirmation process.

Holbrook is a founding board member of Palmetto Military Support Group and a member of the Liberty Fellowship class of 2015. She also serves on the board of the Charleston Metro Chamber of Commerce and is a corporate partner of Social Venture Partners.

Holbrook is a Phi Beta Kappa graduate of the University of Georgia, with a bachelor’s degree in Political Science; she studied abroad at Oxford University in Oxford, England.