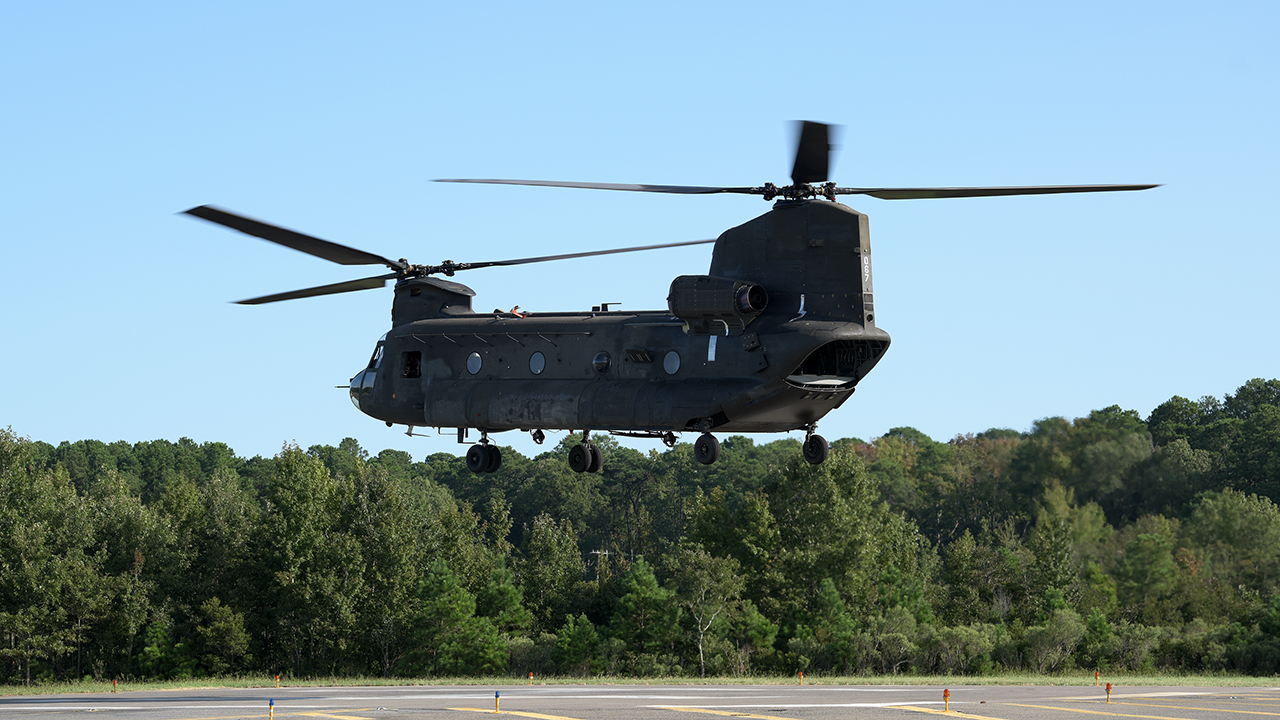 Multi-year demonstration program concludes with valuable insights to the benefits and integration risks of a re-engined, more powerful Chinook

The joint demonstration team conducted a total of 18 ground tests from late 2019 into early 2021. Despite travel restrictions posed by COVID-19 and social distancing measures while on post at Fort Eustis, the combined team was able to complete all required ground tests, leading successfully and safely, to the aircraft’s first flight in September 2020. The flight test program explored the T408-powered Chinook’s envelope over seven flight test events, including a variety of test points consisting of: three different gross weight configurations, maximum torque, airspeed up to 140 knots, turns up to 60 degrees angle of bank, and altitudes up to 4,000 ft.

Flight testing demonstrated the ability to successfully integrate heavier and more powerful engines into an H-47 aircraft while enabling the aircraft to operate and maneuver up to the aircraft limits at light, medium and heavy weight points. Flight testing highlighted the fuel efficiency improvements seen with a more modern engine. Results of the flight demonstrations will be used to inform future Army plans. “The T408 program is a great example of how AvMC's collaboration with industry partners is producing new capabilities for our Aviation Warfighters,” said Col. Justin Highley, Commander, Systems Integration and Demonstration, AvMC Technology Development Directorate for Aviation. “Integrating a new engine onto a production aircraft was a large undertaking, but the team rose to the challenge and met all the program goals. I am particularly proud of the resilience they showed in completing the final integration and testing in a COVID environment, which is a testament to this team's dedication to our Soldiers.”

“We’ve already implemented a Block II drivetrain that enables more powerful engines on a Chinook” said Andy Builta, Boeing Vice President and H-47 program manager. “A more powerful engine could be the growth engine for the Chinook to deliver even more capability and efficiency to the Army’s enduring fleet.”

“This demonstration program confirms the feasibility and capability of a T408-powered CH-47 Chinook,” said Harry Nahatis, vice president and general manager of GE Rotorcraft & Turboprop Engines. “Our long partnerships with the U.S. Army and Boeing made this an exciting opportunity, and despite the unexpected obstacles created by COVID-19, we were able to achieve each of the important milestones we set out to achieve. We’re proud to have been part of this great team.”

The H-47 is the U.S. Army’s heavy lift helicopter, designed for cargo and troop transportation. It has been the workhorse of Army Aviation heavy lift for decades, providing state-of-the-art, battle-tested capability for warfighters around the world.

The 7,500 shaft horsepower T408 engines offer a 54% increase in power over the Chinook’s current engines.