For better than a decade, America’s primary long-range heavy bomber, the graceful swept-wing B-1, has been aloft over combat zones around the clock.

From the ground, the metallic-gray, supersonic B1 resembles a dart blazing through the sky. Nicknamed the “bone,” the plane provides speed, endurance, precision and capacity that no other bomber platform can match.

Originally designed to deliver a nuclear payload during the Cold War, the B1 is now a conventional bomber capable of loitering in the skies for hours, monitoring the ground and quickly hitting targets.

As technology progresses, even reliable and effective platforms like the B1 require upgrades. In November, the U.S. Air Force, along with Boeing engineers, began a massive overhaul of the B1 fleet with installation of the Integrated Battle Station at Tinker Air Force Base in Oklahoma.

“The Integrated Battle Station brings color graphics, new Link 16 data link and much more capability and situational awareness,” said Dan Troutman, Boeing B1 Systems Engineer and former B1 pilot with more than 3300 hours in the air.

According to Rick Greenwell, Boeing B-1 program director, the IBS is part of three major modifications being made to the airplane. Combining the upgrades will help save both money and time to complete the overhaul. 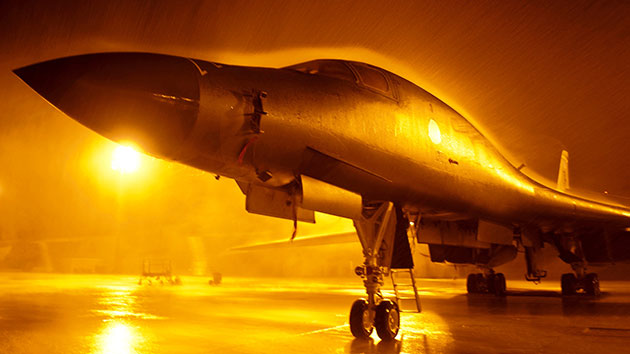 The supersonic B1 bomber has long been the workhorse of the U.S Air Force. It's currently being upgraded with the latest technology to keep the plane on the cutting edge.