Whether it’s aiding the Philippines after Typhoon Haiyan, participating in the Olympics or championing the Universal Declaration of Human Rights, the United States is no stranger to joining nations for a common goal. These partnerships continue to extend beyond Earth, into space.

The Department of Defense (DoD) created a program that affords partner nations global access to the DoD’s highest capacity communications satellite system, Wideband Global SATCOM (WGS). WGS provides a highly affordable way to gain modern wideband military satellite communication (MILSATCOM) access globally for a much lower cost than these international partners could develop and field on their own.

The global program has allowed member nations to invest proportional to their specific level of MILSATCOM needs. This arrangement provides the benefits of immediate access through an existing worldwide infrastructure, and the ability to leverage existing terminals and telecom equipment.

Australia became the first international participant in the WGS system under a cooperative agreement with the U.S. Air Force in 2007. Since then, five additional partner nations – Canada, Netherlands, Luxembourg, Denmark and New Zealand – have executed a similar agreement to gain global access to the system. Seeing the benefits of the system, other nations have expressed interest in the program.

Over time, Boeing has been able to evolve the product line to continue to advance the technology, even while the cost per satellite has reduced. Boeing is currently contracted to deliver 10 WGS satellites to the U.S. Air Force, with the next one in the series, WGS-7, scheduled to be completed and launched in 2015. Starting with WGS-8, each wideband satellite will include a Next Generation Wideband Digital Channelizer, which will provide a more than 90 percent improvement in available satellite bandwidth. The first six satellites are on-orbit and performing as expected. 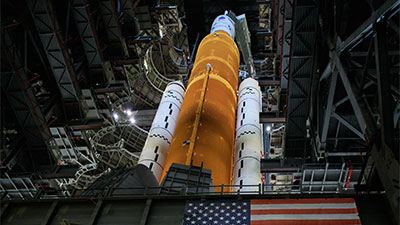 Leading Up to Launch