Designed as a strategic nuclear deterrent, the first B-1 bomber was delivered in 1985 to the U.S. Air Force at Dyess Air Force Base in Texas. Since that time, the B-1 fleet has continually evolved to meet the demands of a rapidly changing battlefield including a trio of upgrades known as the “integrated battle station.”  These upgrades include the installation of fully digital cockpit displays which improve the aircraft’s performance as a global strike platform.

“We’re connecting the bombers to a global communications network that increases the situational awareness of the crew and allows for greater agility, like re-targeting weapons while in flight” said, Dan Ruder, Boeing’s Advance Programs Lead.

June 29, 2015 will mark the 30th anniversary of this versatile, combat proven warplane. Dyess Air Force Base celebrated the B-1 Bomber Anniversary at the community air show on base the final week in April.

Check out the history of Boeing Bombers. 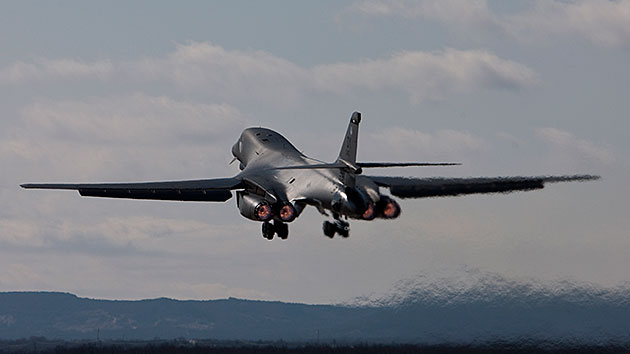 A Boeing B-1 Lancer takes off from Dyess Air Force Base.