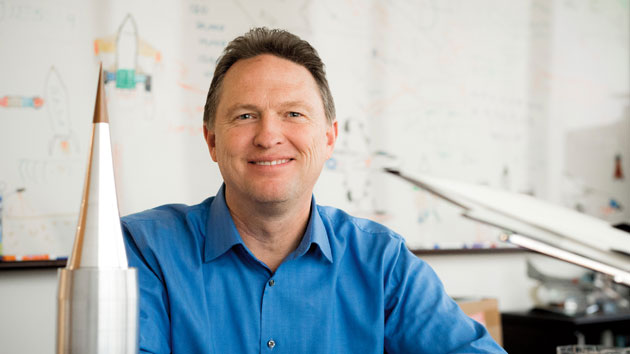 A Boeing Senior Technical Fellow for nearly two decades, Kevin Bowcutt is considered one of the world’s leading experts on hypersonics.

Kevin Bowcutt’s youthful curiosity was a lot like the hypersonic aircraft he later designed—it took off in a hurry.

Exposed to his first science class in grade school, he was fascinated by technology. He wanted to know how everything worked. He built things at home without prompting, such as a self-made motor, a generator, a telegraph.

During this time of discovery, Bowcutt developed a passion for flight. He assembled balsawood gliders and bought remote-controlled airplanes. He even devised a plan to save money by mowing lawns and doing other odd jobs to purchase his own Piper Cherokee airplane, an idea his father discouraged.

“I wanted to learn to fly before I drove,” Bowcutt said. “That was my dream.”

Today, Bowcutt is still looking to the skies for inspiration and pushing technological boundaries however he can. As Boeing’s chief scientist for hypersonics and a Senior Technical Fellow in Huntington Beach, Calif., he’s done things that others said couldn’t be done.

Bowcutt was a key contributor to the hydrogen-powered X-43A scramjet, the fastest aircraft on record—it reached speeds of Mach 9.6 in 2004, or just under 10 times the speed of sound. A scramjet is an air-breathing engine that requires no turbo-machinery; instead, it uses vehicle motion to compress ingested air before burning the supersonic airstream.

He led the conceptual design and optimization of the X-51A WaveRider, an unmanned, experimental vehicle that relied on its own shock waves for compression lift and set the record for the longest air-breathing propelled flight at hypersonic speed—it flew on scramjet power for 3.5 minutes at Mach 5.1 in 2013.

With increasing attention given to Mars and extended space exploration, Bowcutt wants to build a space plane. It would need to be hypersonic, using a combination of turbine engine, scramjet and rocket propulsion to leave Earth’s atmosphere, and be reusable for continuous voyages to make it affordable, he said.

The cost to launch a vehicle into space currently runs $5,000 to $10,000 per pound, he explained. The repeated use of a space plane could dramatically lower this expense, even to a few hundred dollars per pound, encouraging additional markets that would establish space travel as something commonplace, Bowcutt said.

“It would readily change the world—like the cellphone and the computer—if we could routinely fly in and out of space,” he said.

As Boeing prepares to celebrate its centennial, Bowcutt is among the many men and women who have made milestone contributions to Boeing or its heritage companies. He is considered one of the world’s leading experts in his field, according to George Orton, Boeing hypersonics project engineer.

“His multidisciplinary design and optimization process is unique in the industry—no one else has it,” Orton said. “He can look at all different sorts of vehicles and apply this technique that he’s developed. Without him, I don’t think we could have been as successful.”

As part of the coming centennial celebration, Bowcutt also is sharing his expertise with the Curiosity Machine, an educational resource intended to inspire the next generation of innovators. He has created design challenges for inquisitive students not unlike him so long ago.

Bowcutt first encountered hypersonics technology while attending graduate school at the University of Maryland. He joined a research project funded by the U.S. Army that was used to design aerodynamic shapes that would “break the hypersonic lift-to-drag barrier.”

President Ronald Reagan’s 1986 State of the Union speech—one in which he described a proposed Orient Express airplane that would fly from the U.S. to Japan in a few hours and was a possible spinoff of the National Aerospace Plane—had a profound effect on Bowcutt. In the aftermath, the young researcher was sought out to do a national TV news interview as one of the only people actively conducting hypersonics research.

He discovered that one of his former college professors, Fred Billig, a pioneer of scramjet engine development, was a technical adviser to the National Aerospace Plane program. Billig helped Bowcutt land his first engineering job at Rockwell International and join in that work.

For eight years, Bowcutt and hundreds of engineers worked on a scramjet-powered space plane before the program ended; he was handpicked to serve on two national teams that made last-ditch efforts to resolve scramjet and airframe design issues.

Always adventurous regarding flight, Bowcutt applied to become an astronaut during the 1990s. Although not selected, he later participated in the Space Shuttle Columbia accident investigation.

As Rockwell International merged with Boeing, Bowcutt worked on NASA’s X-43A scramjet-powered experimental vehicle, which made two successful hypersonic flights on hydrogen fuel. It reached Mach 7 the first time and nearly Mach 10 on the second and final flight.

At the same time, the U.S. Air Force began developing a hydrocarbon-fueled scramjet. Bowcutt created the concept that became the X-51A. And he came up with a bigger breakthrough.

“The bottom line was, we went beyond the X-43A and proved the scramjet was a practical hypersonic propulsion system,” he said. “The X-51A was a true flying machine, the right flight weight—and it could run for minutes. The technology was basically proved there. It worked.”

A hypersonic airplane seems like a logical next step. Sharing his vision, Bowcutt explained that hypersonic technology might one day lead to a Mach 5 business jet or commercial airliner—the same Orient Express concept that inspired his career.

A similar hypersonic aircraft could carry a reusable, air-breathing second stage for added boost that would permit it to travel to and from space in aircraft fashion, allowing for commercialized travel.

But there is much to sort out. Bowcutt, who has been a member of the Boeing Technical Fellowship since 1998, has lost none of his enthusiasm for looking skyward and coming up with a new creation.

“Not only did the X-51A fly, but it was a world first—and that was very satisfying,” Bowcutt said. “But I’m hungry. My ultimate dream is that space plane, that reusable space plane that changes the world.” 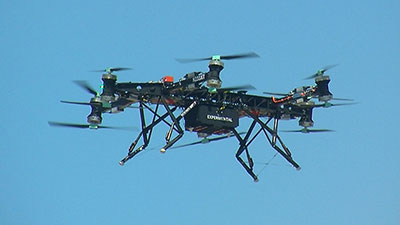