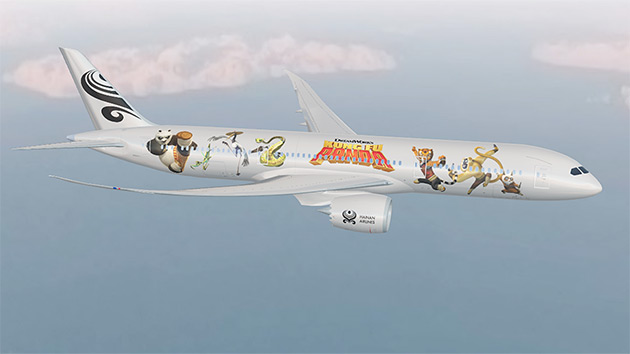 One of the designs created using the Design Your Own Livery Tool.

In a contest sponsored by Hainan Airlines, you can do all three at once while designing a special 787-9 livery featuring the characters from the Kung Fu Panda movie franchise. Grand prize winners receive a free trip to China and their handiwork displayed on the world stage – as the actual livery on a globetrotting 787-9 Dreamliner.

The contest, which runs through Sept. 30, is open to residents of the United States and Canada, except in states and provinces where these kinds of promotions are prohibited. Boeing employees and their family members are not eligible to win prizes, but can take part in the contest.

Hainan, based in Haikou, China, is using the contest to build on its growing presence in North America, where it serves a number of markets including Boston, Calgary, Chicago, Los Angeles, Seattle and Toronto.

To design a livery and submit it for consideration, visit  http://www.hainanairlines.com/go/kfp.html and follow the directions. Contestants will use the latest version of an online livery design tool developed by Boeing and used previously for contests featuring the 787 Dreamliner and the 747-8 Intercontinental.

Making inclusion the ‘natural order of how we do things’