One of the critical technologies for the Chinook’s future is now proven. During recent flight tests at Boeing’s facility in Mesa, Ariz., the aircraft demonstrated the Advanced Chinook Rotor Blades (ACRB) give an additional 1,500 pounds back to the solider. Developed by Boeing and the U.S. Army, the ACRB is a new fully composite blade with a swept-tip design. Flying the ACRB is a major milestone on the road to Chinook Block II, a series of upgrades focused on increasing payload, providing commonality across the fleet and creating a foundation for affordable future upgrades. 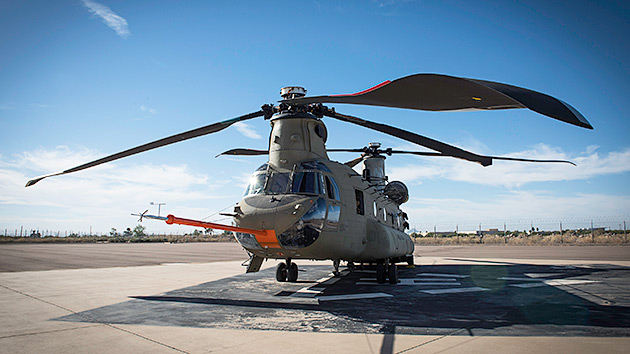