When he first began his U.S. Air Force career, Lt. Col. Steven R. "Thirsty" Smith never expected to be flying the Boeing B-52 Bomber, let alone flying it for 30 years. Yet on March 3, 2017, he exceeded more than 10,000 flight hours in the iconic bomber, more than any other aviator currently serving in the Air Force. In fact, it’s a milestone that has not been accomplished since the Vietnam era.

With 496 combat hours beginning during Operation Desert Storm, Lt. Col. Smith describes the B-52 as a solid jet he will enjoy flying for several more years. Now an instructor with the 93rd Bomb Squadron, he’s training the next generation who will fly the aircraft into the future. Because the United States Air Force and Boeing are partnering to modernize and transform the B-52 for today’s flight, the aircraft, with accomplished pilots like Thirsty Smith at the controls, will continue to serve as the backbone of the nuclear and conventional bomber force for many years to come, to 2050 and beyond. 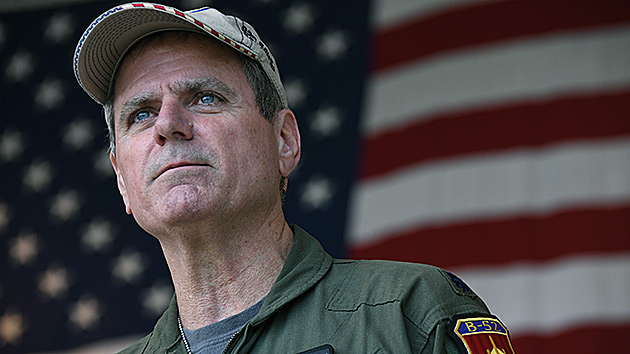 Lt. Col. Steven Smith has been in the Air Force for 30 years. He recently celebrated his 10,000th flight hour in the B-52 at Barksdale Air Force Base, in Louisiana.