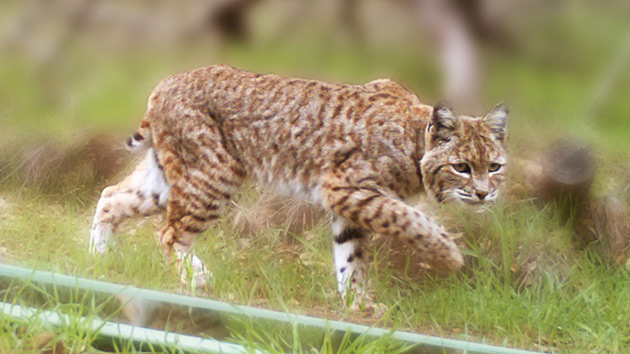 A bobcat visits a wildlife watering hole on undeveloped land on the southern portion of the Santa Susana site.

Thanks to new action by Boeing, its land will stay that way forever.

“Our vision is that Santa Susana will continue to be a place where mountain lions roam free, cultural artifacts remain undisturbed and oak woodlands have the opportunity to thrive,” said Mark Zeller, Santa Susana deputy program director. “We remain committed to completing a cleanup that fully protects everyone who will enjoy this vast open space habitat as well as our neighbors in the community.”

The conservation easement is a legally enforceable document that, among other restrictions, forever prohibits residential or agricultural development on-site. It permanently binds the property, regardless of who owns the land. North American Land Trust, an established land trust that holds more than 480 conservation easements in 18 states, will monitor and enforce the easement.

“We are thrilled to be able to collaborate with Boeing on the conservation of this incredible property. Santa Susana is a critical link in a regional wildlife corridor essential for the survival of mountain lions and other wide-ranging species. We will ensure that the property is protected forever, and that its natural and cultural resources are enhanced for the benefit of generations to come,” said Stephen Johnson, president of North American Land Trust.

The Santa Susana site sits within a habitat linkage that connects the Los Padres National Forest to the Santa Monica Mountains and the Pacific Ocean. Significant portions of Boeing’s acreage at Santa Susana remain undisturbed and are inhabited by mountain lions, red-tailed hawks, bobcat, mule deer and other wildlife.

Boeing, NASA and the Department of Energy have conducted decades of environmental investigations in preparation for the final cleanup of the Santa Susana site. Boeing has also addressed contamination in soil, groundwater and stormwater with interim cleanups ¾ furthering progress toward restoration and preservation of this unique and valuable ecosystem.

The California Department of Toxic Substances Control is expected to release its draft Environmental Impact Report for the Santa Susana cleanup in May. The report will evaluate the potential impacts of alternatives for cleanup on the site’s wildlife, vegetation, Native American artifacts and nearby residents. It also will lay the foundation for the scope and schedule for the site-wide soil cleanup and long-term groundwater monitoring. 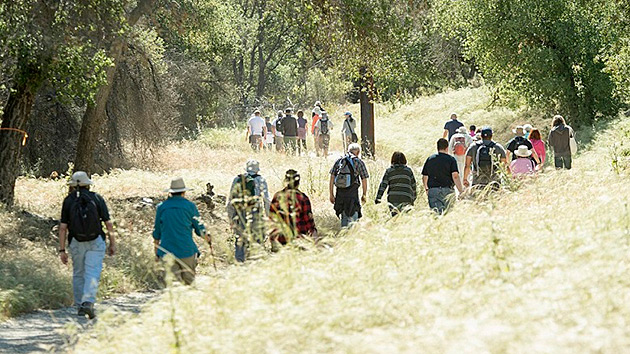 Visitors recently attended a Santa Susana nature walk, one of dozens of annual site tour opportunities that attract thousands of people interested in seeing and learning more about the site’s history, cleanup and future as open space. 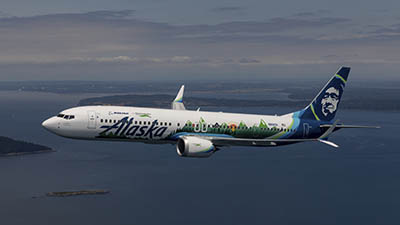