The first flight of the second T-X is in the books. Boeing and partner Saab completed the flight April 24 in St. Louis. The second production-ready T-X aircraft is identical to the first T-X and is designed specifically for the U.S. Air Force advanced pilot training requirement.

During the one-hour flight, lead T-X Test Pilot Steve Schmidt and Boeing Test Pilot for Air Force Programs Matt Giese validated key aspects of the aircraft and further demonstrated the low-risk and performance of the design, proving its repeatability in manufacturing.

“The jet handled exactly like the first aircraft and the simulator, meeting all expectations,” said Giese. “The front and back cockpits work together seamlessly and the handling is superior. It’s the perfect aircraft for training future generations of combat pilots.”

Check out the video to see T-X in action. 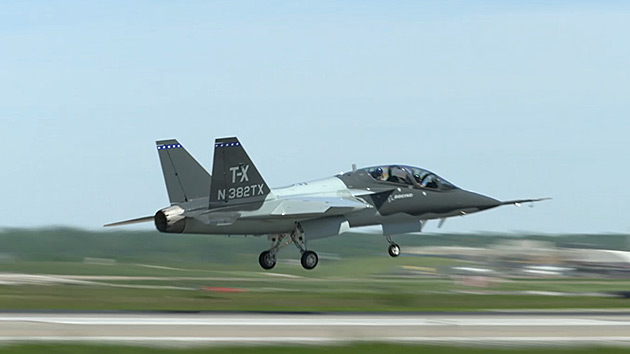