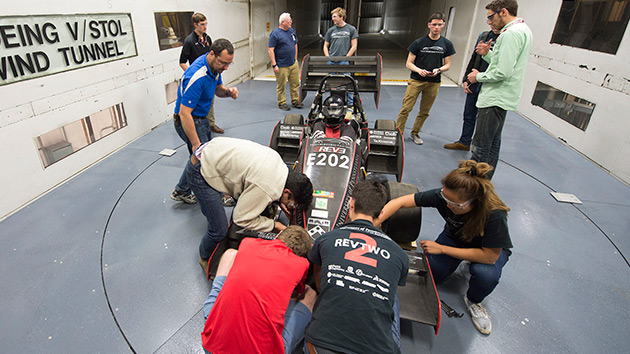 Members of the University of Pennsylvania’s Penn Electric Racing Team work alongside Boeing Test & Evaluation employees to set up and test their newest electric racecar.

In October, the Boeing Test & Evaluation’s (BT&E) team at the company’s Low-Speed Wind Tunnel In Ridley Township, PA., hosted members of the University of Pennsylvania's “Penn Electric Racing” Team. The students wanted to conduct testing on their latest electric racer and Boeing’s wind tunnel provided the perfect solution. Working with the BT&E team, the students were able to set up and conduct their own testing using the facility, which is normally used for testing of fixed- and rotary-wing aircraft and other test articles.