A familiar roar across the skies of St. Louis was recently heard as the first F/A-18 Super Hornet to come off the production line since May 2016 was delivered to the U.S. Navy.

“Fiscal year 2018 commitments are behind those deliveries, and beyond FY18 is a promising future for F/A-18,” said Dave Sallenbach, F/A-18 &EA-18G Production program manager. “We’ve added capability to the air frame. We’ve shown a need for Super Hornets for well into the mid-2020s, well into the 2030s.”

Watch the story above to see E298 roll off the production line and fly into the skies towards a U.S. Navy base. Click here for more information on the F/A-18 Super Hornet. 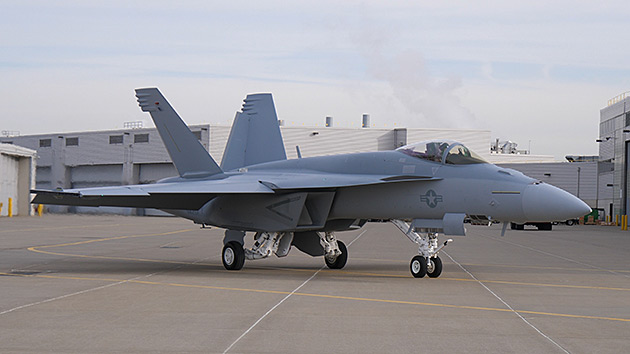