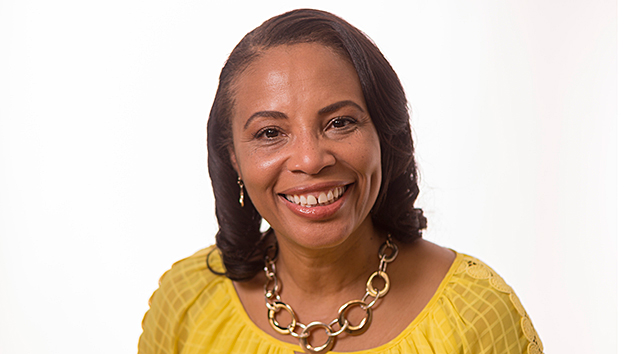 Nicole Canada is a U.S. Air Force veteran and Boeing Global Services C-17 international program manager – and one of 20,000 veterans employed at Boeing.

Ask Nicole Canada about her experience as a veteran working at Boeing, and she will tell you about the company’s efforts to ease the transition between military service and starting a civilian career.

“I’ve found that I’m a living, breathing testament to the fact that Boeing is the best for vets,” said Canada, Global Services C-17 international program manager for the Canadian and UK air forces. “I think Boeing makes it an easy transition for many of us.”

In addition to 17 years of experience as a Boeing employee, Canada served 26 years of active and reserve duty for the U.S. Air Force, including many years as an inflight refueler “boom operator” on Boeing-built KC-135 tankers.

Her military service required learning how to problem-solve, collaborate with others and work together in strong teams—all of which have proven to be valuable skills at Boeing. She said Boeing’s use of detailed processes and procedures to ensure its products and services are delivered well often mirrors the military’s use of the same tools.

“There’s some familiarity here that makes you comfortable,” she said, adding that Boeing recognizes a veterans’ experience can help them work well with military customers. “I’m able to speak to both sides, the company and the customer to help find middle ground.”

Boeing’s workforce includes more than 20,000 veterans, but the company’s support for veterans goes beyond its hiring practices. In 2018, Boeing’s charitable giving includes a three-year commitment of more than $30 million toward veterans’ recovery and rehabilitation programs and transition services. In 2017, Boeing committed nearly $8 million in veteran’s grant investments, a 50 percent increase from the previous year.

May is National Military Appreciation Month, timed in conjunction with Memorial Day in the U.S., and a time to thank those who have served and sacrificed for their country.

Recently, DiversityInc ranked Boeing as second among the Top Companies for Veterans. The company also ranked 49 on DiversityInc’s Top 50 Companies for Diversity list. Additionally, Boeing is included again this year in Military Times’ annual list of employers recognized for hiring and supporting veterans.

Learn more here about the company’s hiring and employment programs tailored for veterans.

Canada said that, in addition to valuing veterans’ skills and experience, Boeing has increasingly emphasized inclusivity in its workforce. As an African-American woman and veteran, Canada said it’s important to feel like the company understands her and other veterans and most importantly, support their transition into new careers with tools like the military skills translator hosted on the Boeing careers website.

Serving her country and its allies is also important to her.

“It’s just been a dream job, to do this and feel like I’m continuing to serve my country,” she said.