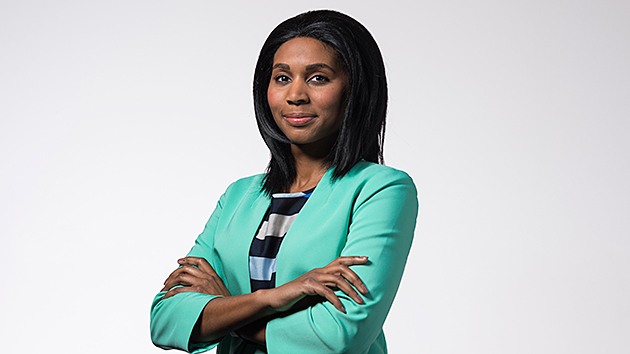 As a young girl, Sydney Hamilton wanted to fly. Literally.

“I always loved the sky.” said Hamilton, who works as a service engineer for the 777 & 767 Wing in Seal Beach, Calif. “I’m flying now, but just not in the way I imagined when I was little.”

After graduating from Spelman College and University of Michigan in 2013 with a dual degree in mathematics and aerospace engineering, respectively, Hamilton was hired by Boeing. She began working as a design engineer in Long Beach, Calif. “I’ve provided engineering definition for a number of projects,” she said. “I’ve worked on the fuselage, the wings, and floor panels. I was part of the team that received an Engineering Excellence Award in 2016 for our work on the dagger fitting, which increased and expedited production of the 767.”

As one of two women engineers on her current team, Hamilton and her female counterpart proudly refer to themselves as “The Wing Women.” When asked about what it’s like to be a minority on her team, she said, “Women’s brains are wired differently than men’s. We are the collaborators. We bring balance to the team.”

She also said there are teaching moments when she can bring awareness to teammates. “It’s our role as women to be the catalyst for change. We have to be OK with having some friction—we need to contribute to the conversation because our voices matter.”

How did Hamilton end up where she is now? “I’ve always been interested in math,” said Hamilton. “I’m not great with commas and periods, but integrals have always made sense to me. My parents brainwashed me in the most positive way,” she said. “My mom and dad would always say, ‘That’s my little engineer.’” And Hamilton’s older sister recognized her aptitude for math and taught her what she was learning, which enabled Hamilton to place into accelerated math classes.

As a “wing woman” who likes to fly, Hamilton has landed at the perfect company. In terms of where she sees herself down the road, she said, “I’d like to go the leadership track. I’ve seen a lot of powerful women at The Boeing Company, and I’d like to be one of them.”

Boeing is proud to sponsor International Women in Engineering Day, a global awareness campaign aimed at raising the profile of women in engineering and highlighting industry opportunities available to young girls. It celebrates the outstanding achievements of women engineers such as Hamilton. “Women at Boeing have helped push the boundaries of aerospace for more than 100 years, and we continue to rely on diverse, talented individuals to build the future for our customers, every day,” said Leanne Caret, Boeing Defense, Space & Security President and CEO.