Radar is nothing new in the world of aviation, but expanding radar capabilities to unmanned aircraft systems (UAS) has the potential to help operators see the bigger picture when it comes to the safety of our national airspace.

Boeing recently conducted a flight experiment to test the concept at the headquarters of Aurora Flight Sciences, a Boeing subsidiary, in Manassas, Va.

The addition of an airborne radar to Boeing subsidiary Insitu’s Inexa Access – Ground Detect and Avoid system creates a common operating picture that enables UAS operators to better visualize the surrounding air traffic and ensure they stay well clear of other aircraft.

The Boeing team equipped an Aurora Centaur optionally-piloted aircraft with a small radar to serve as a UAS surrogate mimicking Insitu’s ScanEagle3. Using a second Centaur and Cessna 172 as “intruder” aircraft within the same airspace, the team flew collision-type flight profiles and recorded the data.

GPS data from all three aircraft allowed the team to determine the accuracy of the aircraft location data derived from the airborne radar.

This experiment is one of the latest examples of Boeing’s commitment to developing safe autonomous technologies for both military and commercial applications. The initial results are promising and will help Boeing pursue technology and product development, as well as future regulatory certifications, for the safe integration of autonomous systems into the National Airspace System. 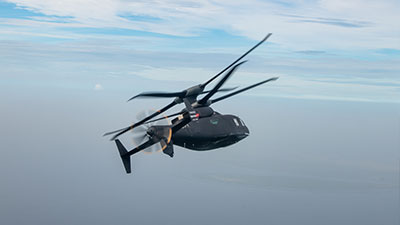