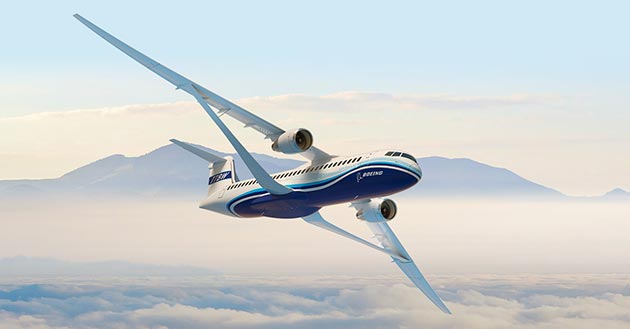 Designed to be more aerodynamic and fuel efficient, Boeing is studying the Transonic Truss-Braced Wing concept through a collaboration with NASA as part of the Subsonic Ultra Green Aircraft Research program. (Boeing Creative Services illustration)

Boeing revealed the newest Transonic Truss-Braced Wing (TTBW), which researchers say will fly higher and faster than the previous TTBW concepts. The new configuration is designed to offer unprecedented aerodynamic efficiency while flying at Mach 0.80, which is consistent with the speed of many of today’s jetliners.