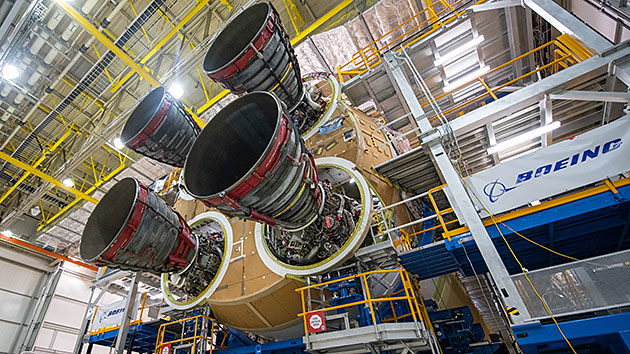 As part of FIFT, engineers and technicians will integrate the propulsion and electrical systems within the structure, then test the flight computers, avionics and electrical systems that run throughout the stage. It’s the first time all the flight avionics systems will be tested together to ensure the systems communicate with one another and will perform properly to control the rocket’s flight on NASA’s first Artemis mission.

Meanwhile, technicians at Stennis Space Center in Mississippi are preparing the massive B2 test stand for the system’s first full test fire, known as Green Run. A Stage Controller team in Florida has finished development of the first phase of the software system that will control the core stage on the test stand.

During Green Run, the four RS-25 engines at the bottom of the 212-foot core stage will fire nonstop for 8.5 minutes, providing 2 million of the 8.8 million pounds of maximum thrust at liftoff. That test fire will validate the system to ensure a safe and reliable launch from Kennedy Space Center next year, when the rocket will carry the Orion space capsule out of Earth’s orbit for its trip around the moon and back.

The core stage is the largest rocket stage ever built for NASA, manufactured in the same factory where the Apollo-era Saturn V rocket stages were built.