Boeing’s new CST-100 Starliner is now connected to the United Launch Alliance (ULA) Atlas V rocket that will launch the spacecraft on its first flight test to the International Space Station. Liftoff from Space Launch Complex-41 at Cape Canaveral Air Force Station is targeted for Dec. 17.

Starliner was mated to the rocket’s upper stage in ULA’s Vertical Integration Facility after being transported this morning from Boeing’s assembly building at NASA’s Kennedy Space Center.

The first Starliner flight to the International Space Station, which Boeing also built and sustains for NASA, will carry only cargo for its few-day docked stay. The second flight test, using a different spacecraft, will take Boeing astronaut Chris Ferguson, along with NASA astronauts Mike Fincke and Nicole Mann, to the station for a longer mission.

The reusable Starliner capsule is being developed in collaboration with NASA’s Commercial Crew Program, which will return America’s ability to launch people to low Earth orbit from American soil for the first time since Ferguson commanded the final space shuttle mission in 2011. 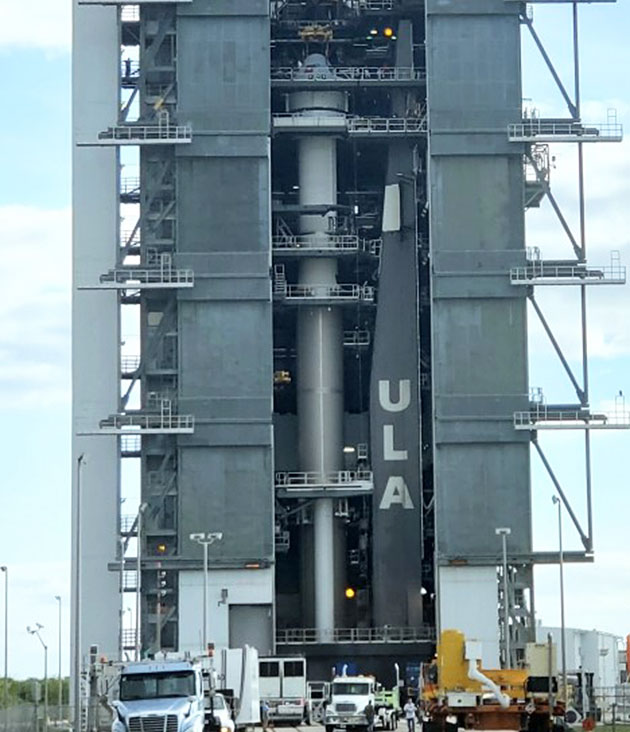