The U.S. Air Force announced the name for its new Boeing helicopter for security operations and VIP transport: the MH-139A Grey Wolf.

The Boeing MH-139A pays homage to the grey wolf, an extremely adaptable species known for its power and endurance, which contributes to its ability to roam large distances. The name falls in line with the geographical areas of the United States represented by Air Force Global Strike Command and Air Force District of Washington. As a pack animal, the Grey Wolf represents the Air Force’s mission sets, which bring multiple aircraft to the fight.

The announcement was made at Duke Field near Eglin Air Force Base, Fla. General Timothy Ray, Commander of Air Force Global Strike Command, revealed the name following a ceremonial flight around the base. Boeing Defense, Space, and Security President and CEO Leanne Caret also spoke at the event.

“The U.S. Air Force and Boeing are united by a common sense of purpose: service to others,” said Caret. “When I think about our relationship, I see it as a partnership. Together, we’re solving how to respond to threats, for today and tomorrow, to keep this country and our allies safe.”

“The Boeing MH-139A Grey Wolf was chosen to serve and chosen to replace the iconic Huey fleet for the Air Force. We take this responsibility very seriously” said Andy Builta, vice president, Boeing Cargo & Utility Helicopters. “This platform provides a new level of safety, security and agility for the Air Force protect our most sensitive assets.”

The aircraft leverages more than a decade of service, derived from the Leonardo Helicopters AW139, also built in Philadelphia. 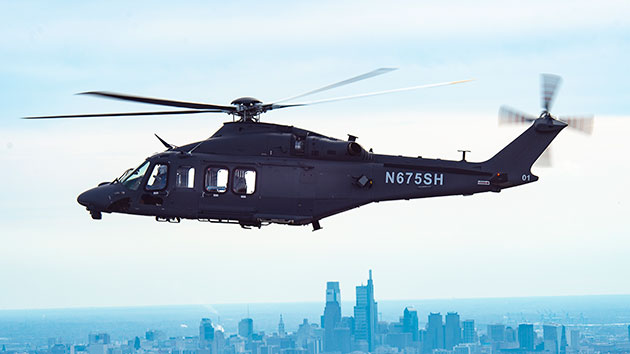