A metal with the ability to alter its shape and the way that Boeing does wind tunnel testing? Boeing is working alongside members of the European Transonic Windtunnel (ETW), NASA Langley National Transonic Facility (NTF) and supplier Deharde GmbH to develop an actuation system – based on Shape-Memory Alloy (SMA) - that is capable of just that.

SMA is a metal with unique properties that allow it to change shape, meaning it can do things like stretch or twist, by heating and cooling and still “remember” its original shape. Boeing is taking that metal and using it to create actuation systems that can address a wide range of applications from moving control surfaces to actuating valves to morphing airplanes and even to actuators that automatically respond to their environment.

Over the past 10 months, a paradigm shift in wind tunnel testing has been underway. With the push of a button, the RCA team can now control spoiler or aileron settings on their B-787 half model from the ETW control room. These changes can be made while the wind tunnel is still on, saving countless hours and financial resources as they can use a singular model, instead of multiple individual parts, to acquire a robust dataset. In fact, the team showed that the time required to obtain a typical set of test points could be reduced by 80%. Next year, the team plans to show that this capability can be applied to other facilities by demonstrating it in the NASA NTF.

Without SMA actuation technology, testing at the European Transonic Wind Tunnel requires data scientists to use static models. A different model or components need to be built for each configuration, translating to high costs as several different configurations would need to be setup and the wind tunnel would need to be turned off and on many times to make model changes. This is particularly costly in a cryogenic environment where it takes a long time to get the model and the tunnel to a stable operating temperature.

Additionally, SMA actuators that deploy vortex generators have been installed and tested in flight as part of the 2019 ecoDemonstrator program. In this and other applications Boeing is leading the way in the application of these actuator systems to greatly improve fuel efficiency, lower carbon dioxide emissions, reduce drag and lead to more reliable, safer, and greener aviation.

“Wind tunnel testing is an extremely important part of Boeing’s airplane development process,” said F. Tad Calkins, BR&T Aeromechanics. “This technology gives us a tool to be much more efficient about it and to test in new and highly valuable ways.” 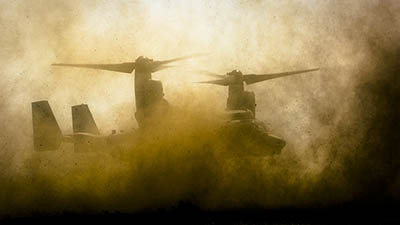