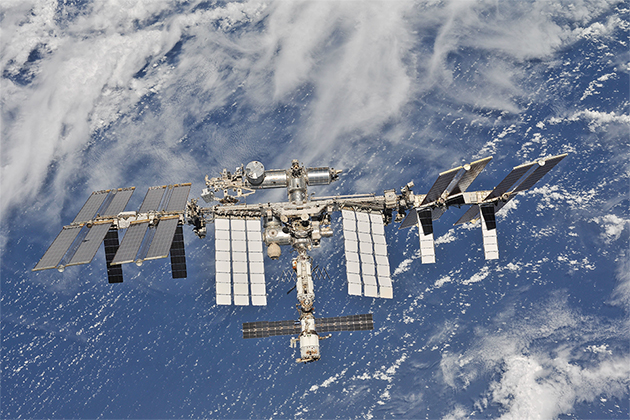 Even a virus outbreak on Earth doesn’t change the need for support above it. U.S. astronauts Jessica Meir and Andrew Morgan, and Russian cosmonaut Oleg Skripochka, continue to live and work on the International Space Station (ISS), conducting research and maintenance aboard the orbiting laboratory.

That’s why many of Boeing’s human spaceflight engineers in Houston have been adjusting their schedules and activities to support the ISS from home, while a small cadre work from their consoles in the Mission Evaluation Room (MER) inside NASA’s Mission Control Center at Johnson Space Center (JSC).

Supporting most of the ISS’s normal operations from home is possible thanks to systems that let engineers dial into voice loops to talk with flight controllers, and software that gives them full data in real time.

“We’ve been doing distributed operations for years from our desks at Boeing’s office near JSC,” said Suzanne Hansen, a MER manager for Boeing. “The capability you have at home is almost 1-to-1. You typically don’t have access to on-orbit video at home, but you do have access to real-time data and telemetry from the vehicle, in addition to the voice loops. Back in the space shuttle era, this capability didn’t exist, so remote support would have been more challenging.”

Support for complex tasks such as robotics work, complex maintenance and spacewalks is typically done in Mission Control.

“It puts you physically present in the building with flight controllers and program management,” Hansen said. “That provides better situational awareness during events that are dynamic and where you run the risk of missing critical decisions or changes in status.”

Engineers who report to the MER consoles are cleaning their consoles before they start work and when they are finished. Hand sanitizer and disinfectant wipes are used often, and the staff practices social distancing techniques.

The ISS crew usually numbers six international astronauts and cosmonauts. The coronavirus outbreak on Earth comes at a time when only three crewmembers are on board, with another three coming up in early April, and no spacewalks are planned for the time being. Much of the current work on ISS focuses on scientific experiments, which does not require as much on-console support as other activities.

Hansen and the support teams are confident they can tackle anything unusual on ISS during the outbreak response: “We’ve certainly worked problems remotely before and been very successful at it.”