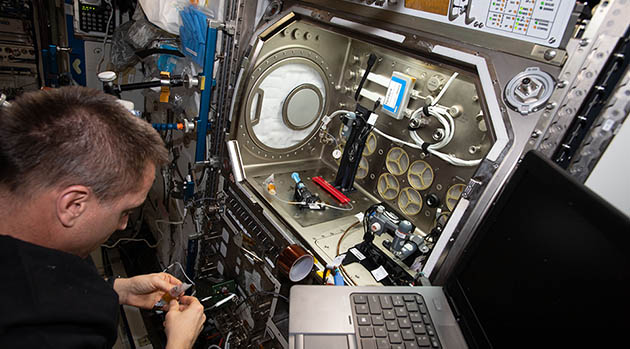 NASA astronaut Chris Cassidy tests the Qlibrium device in the microgravity environment onboard the ISS. Findings from this research will help improve quality of life for humans in space and on Earth.

A patch-sized, wearable drug-delivery pump is operating aboard the International Space Station (ISS) in a testing series sponsored by Boeing.

The technology holds promise for improved medicine delivery for people on Earth, as well as for astronauts making long voyages through deep space.

The pump, developed by Qlibrium of Boston, resembles a small bandage and is designed to be worn comfortably for several days. Loaded with medications for diabetes, cancer or other conditions, the pump can deliver a precise dose of medicine through a soft tube inserted under the skin.

Qlibrium is a recent winner of the Boeing-sponsored Technology in Space competition through startup accelerator MassChallenge. The awards enable start-ups to advance their technologies in the space station’s unique microgravity environment.

“The potential to quickly provide patients with a new option was one of the factors that drew us to offer Qlibrium a spot aboard the ISS,” said Kevin Foley, Boeing’s co-founder of the MassChallenge Technology in Space program. “Technology in Space gives innovative companies like them access to a one-of-a-kind orbiting lab so they can quickly advance their technology and get it to market where it can help people.”

The pump has no electromechanical parts – it functions using controlled gas pressure – and is less bulky than current medicine pumps. It is being tested in a small chamber aboard the ISS to show that it can precisely deliver medicine as required at all times.

“When the pump works on orbit, we can be assured it also will work for people engaging in normal activities on Earth, like swimming or running,” said Richard Spector, chief commercial officer for Qlibrium.

Astronauts travelling to deep-space destinations also could benefit from the technology. The pump can administer medicines in low gravity while not taking up valuable space needed for astronaut mobility and other equipment. 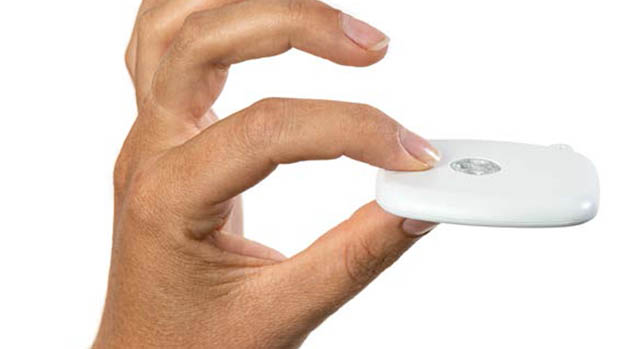