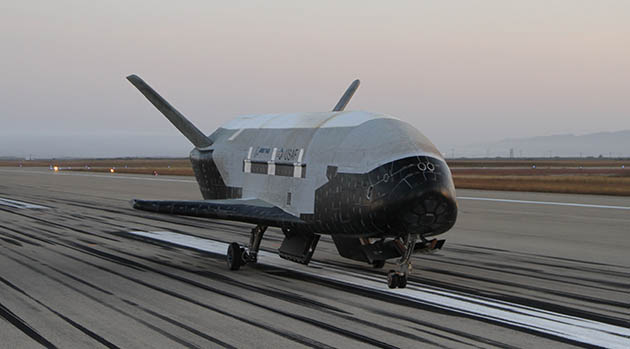 The X-37B spaceplane is a reliable, reusable, uncrewed space test platform designed to carry experiments to orbit and return them to Earth for evaluation.

The U.S. Department of the Air Force and Boeing X-37B autonomous spaceplane has received the prestigious Robert J. Collier Trophy for the greatest American achievements in aeronautics and astronautics of 2019.

The National Aeronautic Association awarded the 2019 Collier to the X-37B for advancing the performance, efficiency and safety of air and space vehicles. Designed and built by Boeing, operated in partnership with the U.S. Space Force, and managed by the U.S. Department of the Air Force Rapid Capabilities Office, the X-37B is a reliable, reusable, uncrewed space test platform designed to carry experiments to orbit and return them to Earth for evaluation.

Originally designed for missions of 270 days, the X-37B has set endurance records during each of its five previous flights. Its first mission launched in 2010, and its latest mission began on May 17, 2020.

In 2019, the X-37B set a new 780-day on-orbit endurance record before landing at NASA’s Kennedy Space Center. The program has logged more than 2,865 days and traveled more than 1 billion miles on orbit in total.

This is the ninth Collier Trophy shared by the U.S Department of the Air Force and its forerunners, and Boeing and its legacy companies. Prior shared wins include iconic air and space achievement like the B-52, X-15, Global Positioning System and the C-17 Globemaster III.

First awarded in 1911, the trophy’s past recipients include Orville Wright; the Apollo 11 lunar landing team; the International Space Station, built by Boeing for NASA; the F/A-18E/F Super Hornet, built by Boeing for the U.S. Navy; and the Boeing 787, 777 and 747 commercial airplanes.