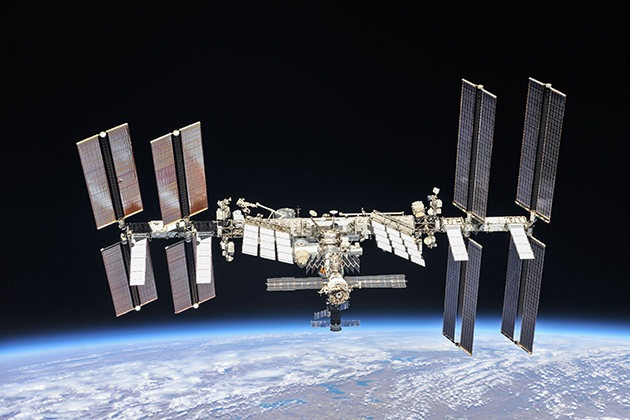 The International Space Station on Oct. 4, 2018, photographed by Expedition 56 crew members from a Soyuz spacecraft after undocking

Nov. 1, 2000, was the last day humans dwelled only on planet Earth. The Expedition 1 crew – NASA astronaut William Shepherd and Russian cosmonauts Sergei Krikalev and Yuri Gidzenko – launched to the International Space Station (ISS) on Oct. 31, arriving to become the first crew to live aboard the orbiting laboratory on Nov. 2. NASA and its partners have successfully supported humans living in space aboard the ISS ever since.

In doing so, they’ve not only provided a research base, but also given the space industry the confidence to send astronauts beyond Earth’s orbit on challenging missions to explore the moon and go to Mars.

Then just a modest three-module orbital complex, the ISS is now a sprawling research facility the size of an American football field. The station has hosted an unprecedented era of peaceful cooperation in space, paving the way for hundreds of residents and visitors from around the world. Through its microgravity science and technology experiments, the ISS makes fresh contributions every day to improve life on Earth while paving the way to success in future space exploration.

Selected by NASA as the prime contractor for the ISS in 1993, Boeing remains responsible for maintaining the station at peak performance levels through a dynamic series of missions: Since 1998, the ISS has hosted 240 individuals from 19 different countries. Astronauts have conducted 231 spacewalks totaling more than 1,400 hours to build and maintain the station.

“Men and women have been working in space for 20 years, an accomplishment that speaks to Boeing and NASA’s commitment to crew safety and widening access to space,” said John Mulholland, ISS vice president and program manager for Boeing. “The space station is the realization of a dream that has inspired countless generations to reach for the stars, and we will continue to increase its uses as our imaginations catch up with its extraordinary capabilities.”

Boeing’s accomplishments in low Earth orbit have continued over the past two decades. In 2018, a team of engineers developed software that doubled the downlink speed of ISS computer systems, allowing more research and data to be transmitted at higher speeds to researchers on the ground. This year, Boeing and NASA teams collaborated as astronauts executed spacewalks to install a new set of Boeing-built lithium-ion batteries to the station. Capable of providing twice as much energy as the station’s previous nickel-hydrogen batteries, these upgraded batteries will increase the station’s operating efficiency and technical capabilities in its third decade.

Boeing engineers also built and tested the mechanisms that will connect future Commercial Crew spacecraft with the ISS. The International Docking Adapter (IDA) was delivered to the station and installed during a spacewalk in 2019, equipping the station with physical connecting points for astronauts arriving to the orbital platform aboard America's first human-rated spacecraft since the space shuttle.

In an effort to open the orbital lab to more commercial partners, and conduct more research in the space environment than ever before, Boeing has also partnered with Nanoracks to install a private airlock module onboard the ISS – the first in station history. The airlock will launch to low Earth orbit later this year.

Traveling above Earth at 17,500 mph, the orbital laboratory hosts a wide spectrum of scientific research leading to profound discoveries in fields as diverse as medicine, agriculture, robotics and astrophysics. Experiments conducted for programs like Genes In Space and MassChallenge benefit life on Earth and serve as critical steps in expanding humanity’s footprint in deep space. The unique microgravity environment on the station has enabled groundbreaking discoveries in drug delivery methods and medical implants, and in treatments for diseases such as cancer and muscular dystrophy.

For over two decades, Boeing’s ISS team has provided round-the-clock operational support, ensuring that the full value of the world’s most unique and capable research laboratory is available to NASA, its international partners, other U.S. government agencies and private companies. 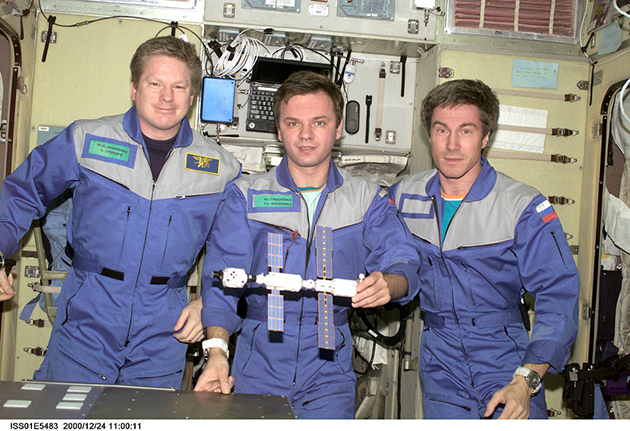 On Nov. 2, 2000, Bill Shepherd, Yuri Gidzenko and Sergei Krikalev made history by becoming the first crew to live and work on the International Space Station.