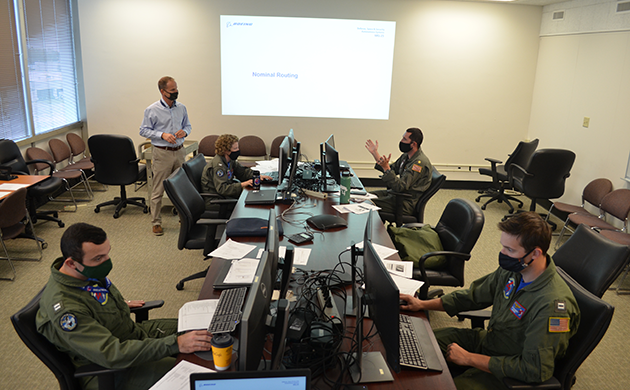 U.S. Navy aviators are already learning how to “fly” the MQ-25 unmanned aerial refueler before the first air vehicle comes off the production line.

Four Navy air vehicle operators (AVOs) from VX-23, the Navy’s developmental test squadron, and VX-1, the operational test squadron, recently traveled to Boeing’s St. Louis facility for an immersive three-day simulation designed to train them to operate a flight from start-up to shut-down from the ground control station (GCS) – the MQ-25’s terrestrial or CVN-based “cockpit.”

This course was possible due to the experience gained by flying T1, the Boeing-owned MQ-25 test asset developed prior to the Navy awarding Boeing the MQ-25 Engineering, Manufacturing and Development contract in August 2018. T1 first flew in September 2019 and to date has accumulated nearly 30 flight hours during its initial phase of testing. T1 recently underwent a planned modification to integrate an aerial refueling store (ARS) and is currently in ground testing prior to resuming flight testing. Navy AVOs will have the opportunity to serve in the co-pilot role, AVO No. 2, when flights resume.

Lt. Venus Savage, the VX-1 MQ-25 assistant operational test director, said the training was a unique opportunity to learn about the command and control processes used to interface with and operate the MQ-25 long before the first aircraft is delivered to the Navy.

“Especially for operational test, we’re lucky to be involved this early in the program,” Savage said. “It helps when you get that side information from an experienced AVO that adds to what’s in the documentation. We were able to ask detailed questions and get clarification on what the checklists and commands are and they let us know what to expect from the air vehicle. It helps ingrain it in your memory because it’s more than just book learning.”

The ongoing dialogue between Navy and Boeing AVOs helps shape the final system delivered to the Fleet, which is a win for the Navy, Boeing and ultimately the warfighters that will use the system.

Savage explained that the combined experience of the Navy and Boeing team differentiates MQ-25 from other programs. “While there are still changes to be made, like with all developmental programs, we’re working together to create a better finished product,” Savage said. “The collaboration is awesome. It’s a great team to work with.” 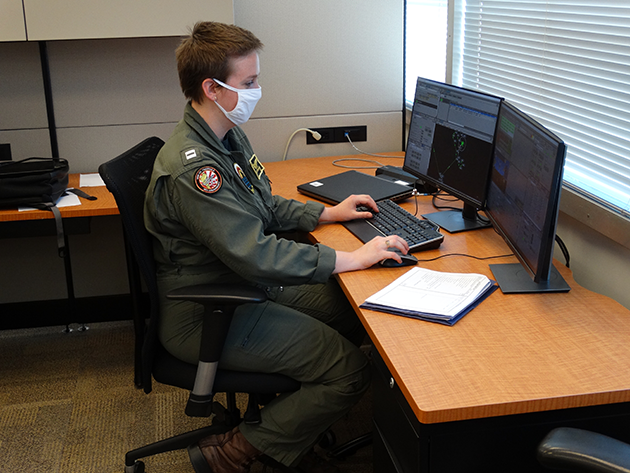