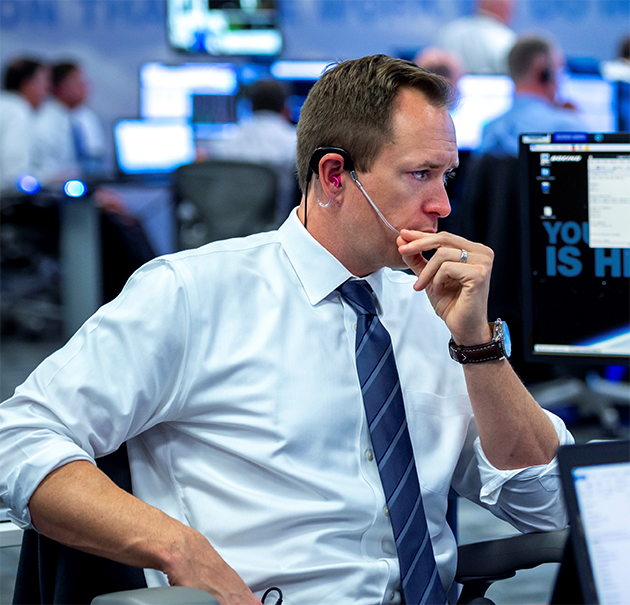 Inside the Boeing Mission Control Center at Kennedy Space Center, Louis Atchison, CST-100 Starliner‘s launch conductor and chief of Launch and Recovery Operations, prepares for the launch of Starliner on Dec. 20, 2019, for the Orbital Flight Test.

Considering this Starliner launch conductor‘s accomplishments, one may wonder if there is anything he can‘t do.

His skills are vast and diverse — commercial-rated pilot, engineer, spaceflight operator, SCUBA diver, Ph.D., auto/marine mechanic and even singer, to name a few. Louis Atchison, CST-100 Starliner launch conductor and chief of Launch and Recovery Operations, was close to having another career in musical theater as a vocalist. He even performed in a band in college, but his love of engineering and space won out.

Human spaceflight is a passion for Atchison, one that started during childhood in Orlando, Florida, when he‘d rush outside with his family or at elementary school to watch space shuttle launches. Later, he‘d caravan to Titusville with classmates from nearby Embry-Riddle Aeronautical University.

Now, similar to an orchestra conductor who ensures all instruments are playing at the right time, Atchison makes sure all the pieces come together on launch day between Starliner, the Pad team, mission control centers and the Atlas V launch team.

“When I became a spaceflight engineer, I never expected to draw parallels from my musical theater experience. The success of both relies on teamwork, and really good timing. Especially when you have an instantaneous launch window,” Atchison said. 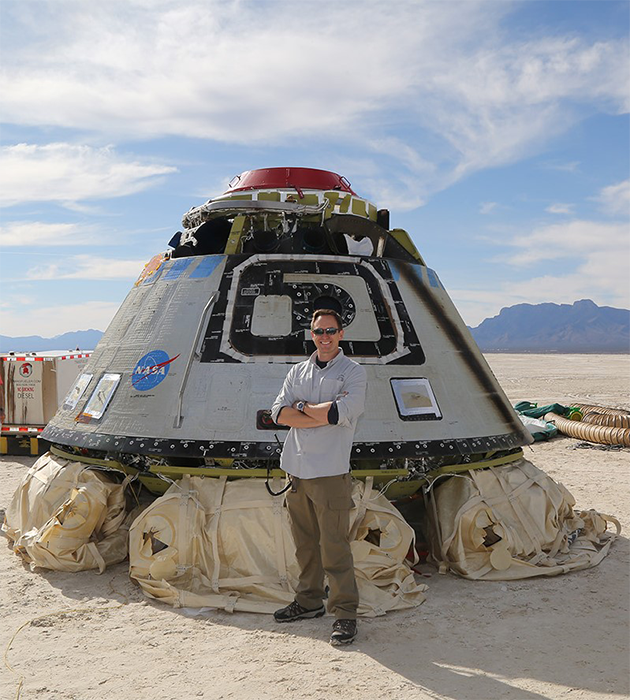 Louis Atchison, CST-100 Starliner's launch conductor and chief of Launch and Recovery Operations, at White Sands Missile Range in New Mexico after the historic landing Dec. 22, 2019, when Starliner became the first American orbital space capsule to land on American soil rather than the ocean.

Atchison wears many hats for the Starliner team. In addition to serving as the spacecraft launch conductor in the Boeing Mission Control Center in the hours before launch, he leads the operations at the landing sites, including serving as the recovery director for a more than 60-member deployment team. The team in November held a Mission Dress Rehearsal and a simulated emergency for a crewed flight at White Sands Space Harbor in New Mexico, while simultaneously preparing for the second Orbital Flight Test targeted for no earlier than March 25.

“Much of what I do is in a time-critical, dynamic environment whether it‘s launch or recovery,” Atchison said. “We are working as a team supporting safe, reliable, robust and versatile processes. But we still have to react to potentially dynamic circumstances. We are always on the clock. There is a short time to resolve any challenges before they have a mission impact. It makes for an incredible team environment and a really strong level of camaraderie, which is great.”

Atchison started at Boeing in 2004 as an engineering co-op at the Battery Test Lab in El Segundo, California. He analyzed spacecraft battery tests for government and commercial satellite systems. He joined Boeing full time as part of the Space & Intelligence Systems engineering rotation program working in a variety of disciplines, after receiving a master‘s degree in space science and a bachelor‘s degree in engineering physics from Embry-Riddle.

The oldest in his family and first to attend college, he continued his education while working full time. After graduating the rotation program, he later supported operations and testing as a team leader and subsystem chief engineer for proprietary programs within Boeing. He continued his education, receiving a PhD in astronautical engineering in 2009 from the University of Southern California.

His love of engineering started at a young age, when he‘d take apart radios, old telephones and other electronics in his house and rebuild them into his own unique inventions. “I would sneak around the house with my toolbox. I was fascinated with how things worked,” Atchison said.

Vividly recalling watching the devastating Challenger accident as a child from outside a schoolyard in Orlando, he was influenced by wanting not only to ride on a rocket but to know how it operates. 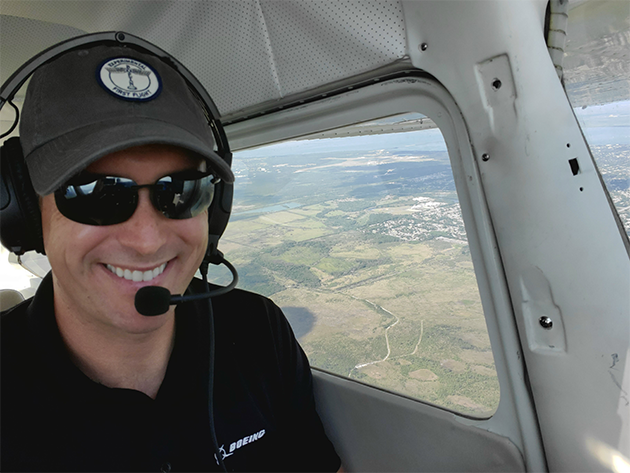 Starliner‘s Louis Atchison not only has his commercial pilot‘s license, but he‘s certified to be a flight instructor. He enjoys seeing the world from different angles and seeing things you would never see from the ground.

His ultimate goal remains becoming an astronaut. He applied last year for the third time after previously being selected out of a large pool of applicants for in-person interviews in 2016. Like flying with his wife and 6-year-old son and seeing the world from different angles or diving to observe sea life along the ocean floor, he‘s always had a desire to explore.

“Whether flying or diving, there is an opportunity every time to change your perspective and really challenge yourself,” he said.

If Atchison does make it to space one day as an astronaut, he‘d like to inspire the next generation of space explorers and space enthusiasts.

“I love working on a team and being in the space business. You work with the coolest teams on the face of the planet … and off the face of planet. I‘d really like to be one of the people who get to extend the boundary of understanding outside of our world,” Atchison said.

In the meantime, he‘s active throughout the year representing Boeing and human exploration at numerous speaking events, including to university students.

“It‘s important for people in the industry to go back and not only inspire,” Atchison said, “but inform the next generation of engineers or scientists on what life after college is like.” 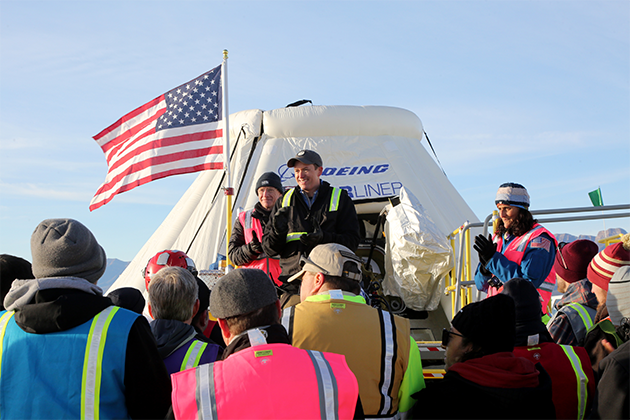