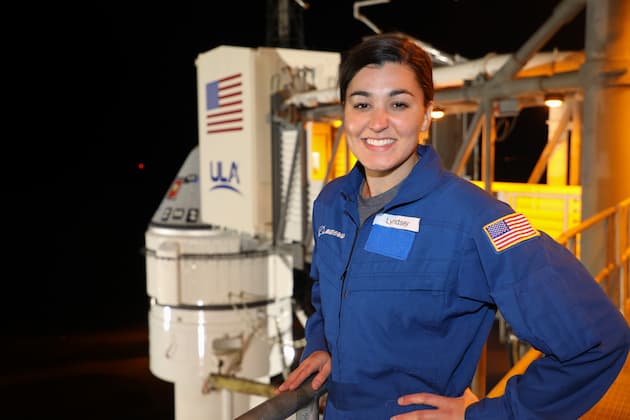 Lyndsey Conley is seen during the Wet Dress Rehearsal prior to the 2019 Orbital Flight Test. Starliner is on top of the United Launch Alliance Atlas V rocket at Cape Canaveral Air Force Station in Florida.

When Lyndsey Conley steps onto the court, she’s there for one thing — to win. Whether it’s basketball, volleyball, flag football or dodgeball, her grit and determination serve her well against the fiercest competition.

A Starliner fluid systems test engineer, Conley was a multi-sport athlete in high school. Playing volleyball, basketball, softball and soccer — in addition to the violin and piano — Conley said, “I’ve always been very competitive. I enjoy the challenge.”

That combination of skills on and off the job made Conley an ideal teammate to represent Boeing at Florida Space Coast Games and events at Kennedy Space Center, said Kelly McGuire, structural design engineer with Space Launch Systems and co-chair for the Boeing REACH organization at KSC. “You never have to worry about Lyndsey being on your team. She always gives it her all, never leaving anything on the field and pushing her teammates to play their best.”

Off the court, Conley’s team spirit, coaching skills and strategizing plays a significant role on the Starliner fluids team. As one of a few on the Pad Team, she ensures the spacecraft is safe to fly before liftoff. And in the factory at the Commercial Crew and Cargo Processing Facility at Kennedy Space Center, she and her teammates perform testing on the various fluid systems in the vehicles such as leak testing, functional checkouts and flow checks.

“As a Fluids team, we’re the last line of defense for the spacecraft before it’s ready for flight. We test and validate the build and design of all of the Fluid systems to ensure that the astronauts will be safe,” Conley said. “I like that our position is very hands-on with the vehicle and we’re able to touch hardware every day.”

Just two years after graduating college, she never pictured herself working inside a spacecraft on top of a fully fueled rocket. She’s one of 10 Pad Team members who prepare the Starliner spacecraft for launch at Space Launch Complex-41 at Cape Canaveral Air Force Station, including final cabin and hatch seal leak checks and making sure valves and switches in the cabin are positioned properly.

“It was a neat experience to give Rosie (Boeing’s anthropomorphic test device) a fist bump and wish her luck on her flight,” Conley said. “It was rewarding to be one of the few people to lay in the astronaut seat before launch to configure the switches and get the spacecraft ready.”

Conley has been working on the Starliner program since 2018 after graduating from Mercer University in Macon, Georgia, with a bachelor’s in mechanical engineering and master’s in engineering technical management. She also finished two internships, at Northrop Grumman and Gulfstream Aerospace, where she worked on the Global Hawk unmanned aerial vehicle program and systems integration on Gulfstream private jets, respectively. Upon graduating, Conley applied and received offers from a number of aerospace companies. She chose Boeing so she could begin her career working on human spaceflight systems.

“I never imagined I would be able to work out here. It’s just a neat opportunity to be at the Kennedy Space Center where there is so much history and legacy in space,” Conley said.

Growing up in Savannah, she had little exposure to space. However, she had an aunt and uncle who worked at Kennedy during the Space Shuttle Program. Her family drove down seven times to watch a shuttle launch (sometimes from the NASA causeway), but each time it was scrubbed. The day after she started at Boeing, she was welcomed to the Space Coast with her first rocket launch. Since then, she’s seen more than 25 launches, one of which being the very spacecraft that she and her teammates had performed countless hours of testing on, the CST-100 Starliner’s Orbital Flight Test vehicle.

“It’s just mind-blowing every time being able to go to the space center and feel the launch vibrations and hear the engines roar to life,” Conley said. “I’ve definitely become a space nerd from working here.”

Her love of engineering started when she was just 7 years old building massive towers and Ferris wheels out of Legos and K’Nex toys. By the time she was in middle school, her fascination of building and taking things apart advanced to making elaborate toy train tracks for a toddler while babysitting. She also worked on cars with her dad.

Conley’s father and mother, who also majored in engineering, saw she had great potential with her design and analytical abilities to become an engineer. But as a youth she always thought she’d go into accounting like her two older sisters. Now, ironically, her other two younger sisters are planning to follow in her footsteps by studying mechanical engineering in college.

When she’s not in the factory, Conley is speaking to college, middle and high school students. She also volunteers at STEM (science, technology, engineering and math) events at local schools, many that have been organized through Boeing’s REACH group, for which she serves as development chair.

“I always enjoy seeing students work to solve a problem and get excited about STEM,” Conley said. “I want to be able to inspire one of those little kids to be a future doctor, engineer, mathematician, rocket scientist or even an astronaut. It’s not impossible. Dream big dreams and pursue them! I have always loved the saying ‘Shoot for the moon. Even if you miss, you will land among the stars.’”

She’s carried that helping spirit from her time in college at Mercer University serving as president of the Society of Women Engineers, which she re-established after years without a club. Often one of two females in an engineering class of 20, she engaged female alumni engineers to speak to club members and organized tours at various manufacturing plants. She also coordinated volunteer events to perform STEM-related activities to try to excite middle school girls about STEM.

When she’s not working with youth, Conley is volunteering in the community representing Boeing at various activities, including food drives.

For all her work in and outside of Boeing, she has been recognized as an Engineer of the Year Nominee for the Space Coast Society of Women Engineers and as a Florida Space Coast Operations Engineer of the Year Nominee. In the nominations by Phil Lintereur, Starliner Test and Fluid Systems senior manager, he said Conley leads in all aspects of the fluids group, including mentoring new employees and employees at higher levels by developing checklists and classes to aid engineers coming on board.

“She is exceptional at teaching people, in such a manner, that she can explain the most complicated tasks to make them understand the technical details in a layman’s fashion,” Lintereur said.

She also has done an outstanding job in streamlining several key processes when it comes to the development of support equipment needed for the systems. 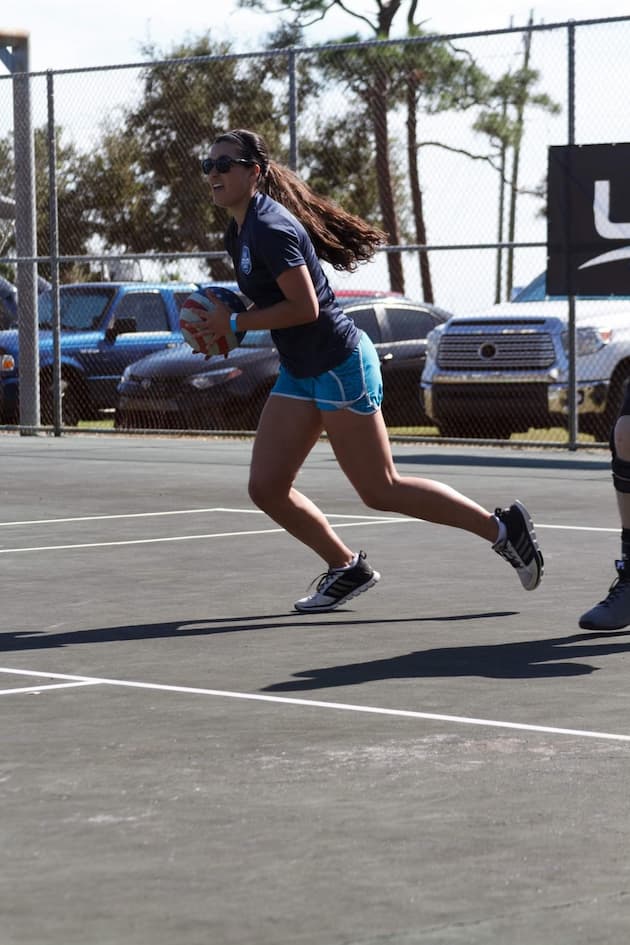 Lyndsey Conley sets up to pressurize the spacecraft cooling system for a test in the Commercial Crew and Cargo Processing Facility at Kennedy Space Center in April 2020.