While neither the arrowhead loop nor the diamond roll flight maneuvers are part of the T-7A Red Hawk training curriculum, pilot Caroline “Blaze” Jensen could teach this new jet some of her old tricks one day.

As the leader of Boeing T-7A sales and first female pilot to qualify in the advanced trainer, Jensen once flew spectacular aerial maneuvers as part of the Air Force’s “Thunderbirds” demonstration team. Now, she brings the new trainer’s advancements out of the cockpit and to future customers with first-hand experience- mindful of the women who blazed the trail for her. 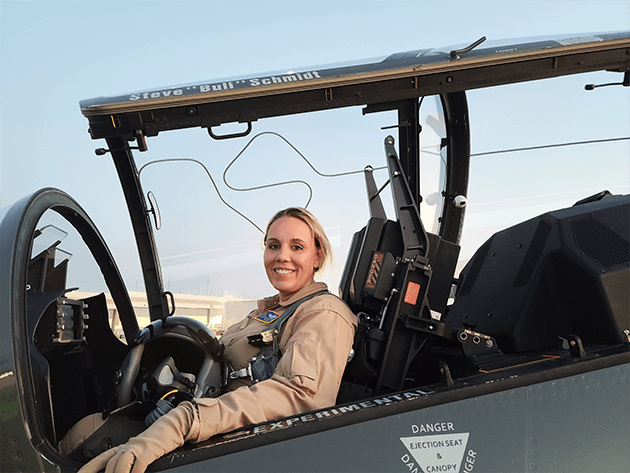 Caroline “Blaze” Jensen in one of two production relevant jets for T-7A Red Hawk program. Jensen is the first female qualified to fly in the advanced trainer and is also the Boeing global sales & marketing capture team lead for the program.

“It’s an honor to pave the way for a diverse set of future pilots,” Jensen said. “I’m reminded every time I fly of the women aviation pioneers who flew and served before me. Some I’m honored to call my friends and inspiration.” Jensen flies a support role to a designated lead Boeing Test & Evaluation pilot on each of her sorties.

The Air Force Academy graduate, with more than 3,400 flight hours including 200 in combat, carries a flight patch honoring the Women Airforce Service Pilots (WASP) of World War II attached to her flight kneeboard.

“It’s called the “Fifinella” and the character on the patch was created by The Walt Disney Co. during the war and given to the WASP to sew onto their A-2 flight jackets,” she explained. 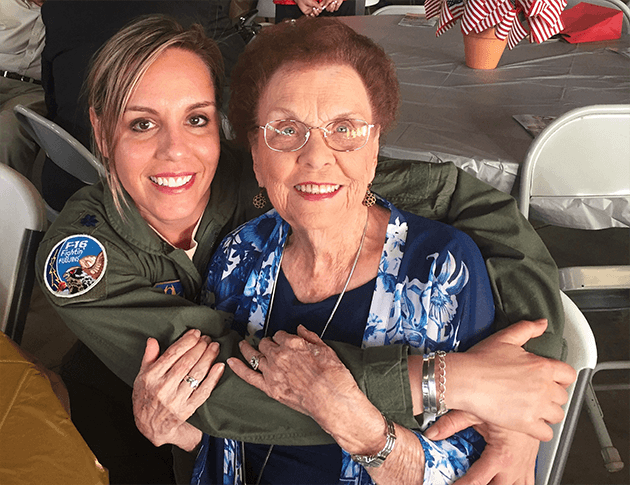 “We didn’t think of ourselves as doing anything special,” said Jensen’s friend Nell “Mickey” Bright, a WASP pilot who turns 100 this year. “It was just so much fun flying those incredible airplanes and helping out in the war effort. Everyone just did their part.”

Everyone, like fellow aviator and WASP, the late Elizabeth “Betty” Strohfus whose vintage uniforms now reside in the collection of Texas State Women’s University, Denton, Texas, to honor the legendary female pilots. 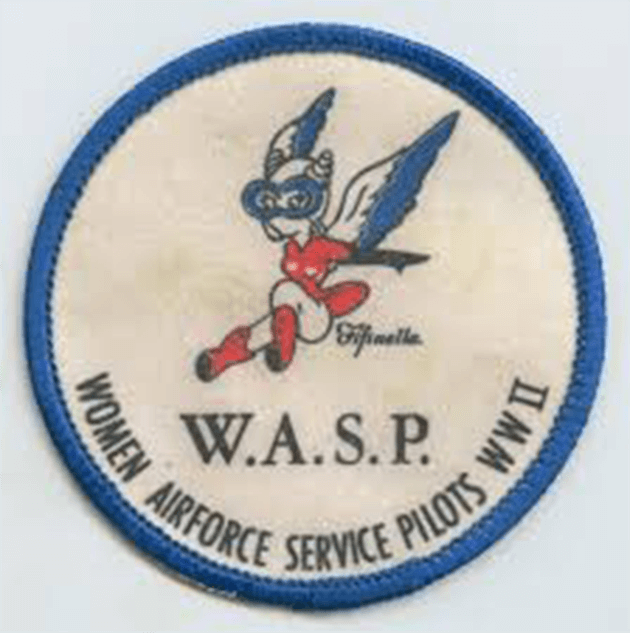 The “Fifinella” character was created by The Walt Disney Co. during World War II, and the symbol was adopted by the Women Airforce Service Pilots to use as their mascot on their flight patches and aircraft.

While Bright’s modesty is typical of her generation, the WASP certainly were special.

“She’s a fellow aviator who flew B-25s, P-47s and U.S. Navy Hellcats during the Second World War, at a time when many said women were not cut out for that role,” Jensen said of Bright. “Today we’re still proving them wrong.”

Jensen flew and the skies opened for her. Now she’s expanding the horizons for tomorrow’s pilots through the T-7 Red Hawk, which can accommodate many different body types. 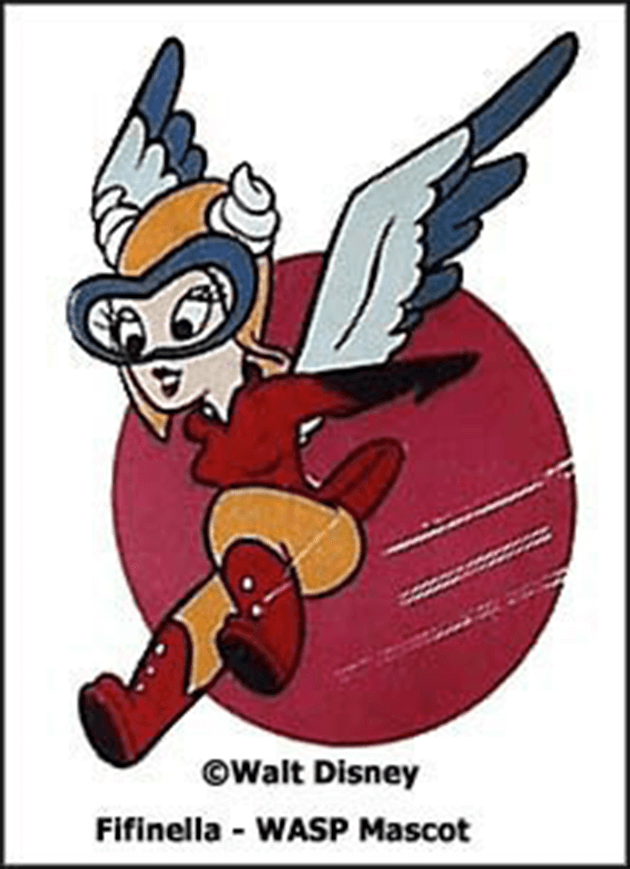 “The design of this jet says a lot about the diversity in aviation these days and the strength of our modern day Air Force,” added Jensen.

And each time she flies, the WASP fly with her on that patch. 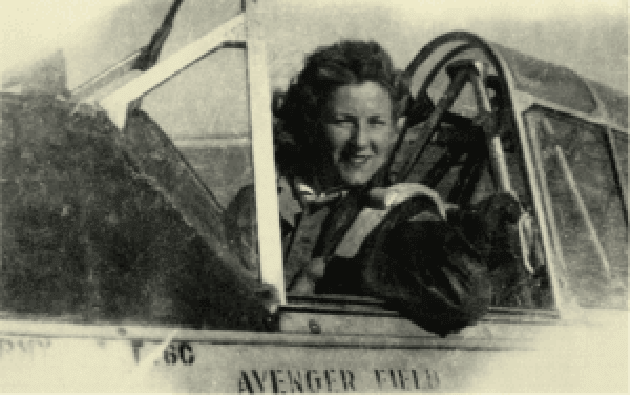 Women Airforce Service Pilot the late Elizabeth “Betty” Strohfus in the cockpit of one of the many aircraft she flew during World War II. The picture was taken in 1944.

“It’s my way to honor the female pilots who paved the way for me to do what I love: fly, support my country, and work for Boeing.” 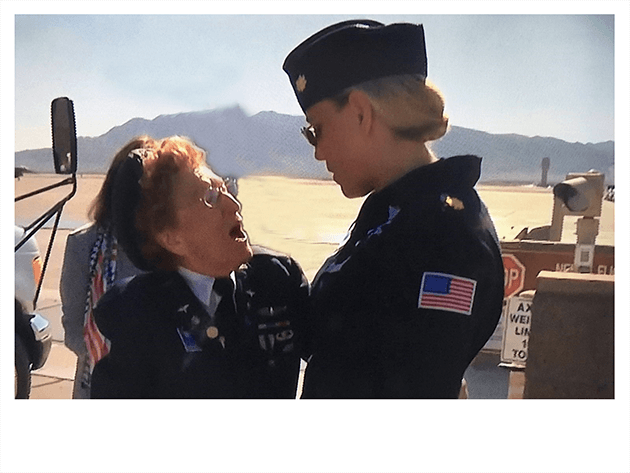