After celebrating with a round of applause following a full-duration engine firing on March 18, Boeing employees are completing the final tasks of the NASA Space Launch System, or SLS, Green Run test series.

Teams are inspecting and refurbishing the rocket’s 212-foot core stage before removing it from the B-2 test stand at Stennis Space Center in Mississippi and preparing it for shipment to Kennedy Space Center in Florida aboard NASA’s Pegasus barge. The process is expected to be completed over the next few weeks.

The Green Run hot fire test simulated the launch and ascent of the all-new core stage by firing up its four RS-25 engines for eight minutes and 19 seconds while it was held down in the test stand. The engines were gimbaled to different positions and put through several changes in power level as the team gathered terabytes of test data.

“I will never forget the feeling of watching the stage light up and hearing all four engines start,” said Boeing propulsion engineer Ashleigh Caison, who watched the hot fire from a viewing area at Stennis. “I’m so proud of this team and everything that led to this moment.”

The successful test is a critical milestone ahead of NASA’s Artemis I mission, targeted for as soon as late 2021, which will send an uncrewed Orion spacecraft on a test flight around the Moon and back to Earth. It will help certify future SLS rockets to carry out missions with astronauts aboard, including sending the first woman and next man to the Moon’s surface.

“We’ll celebrate this great achievement, even as we press on with the business of launch preparation,” said John Shannon, Boeing SLS vice president and program manager. “We’re reviewing data from the entire Green Run test series and will make any necessary adjustments as we prepare the core stage to ship to Kennedy and be stacked with the rest of SLS.”

SLS is the most powerful rocket in the world and the only one capable of carrying the Orion spacecraft and its crew to the Moon and beyond.

“In the face of incredible trials, including destructive storms, a pandemic shutdown and unique technical challenges, this team has persevered with innovative ideas and sheer determination,” said Shannon. “This team’s work is supporting the restoration of human deep-space exploration.”

NASA’s SLS Program Manager John Honeycutt also expressed his appreciation to the NASA and industry team at the post-test news conference, saying, “The more they tested, the better they got.”

“I couldn’t be more excited and proud of the team,” Honeycutt added. “It’s been several years since I experienced the vibration and sense of power, the feeling of a rocket like this – and it literally just gives me chills. I’d say the core stage got an A+ today.” 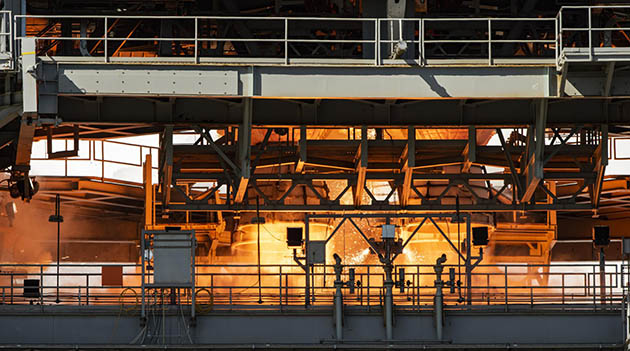 A closeup of the SLS core stage’s four RS-25 engines firing during the March 18 test.