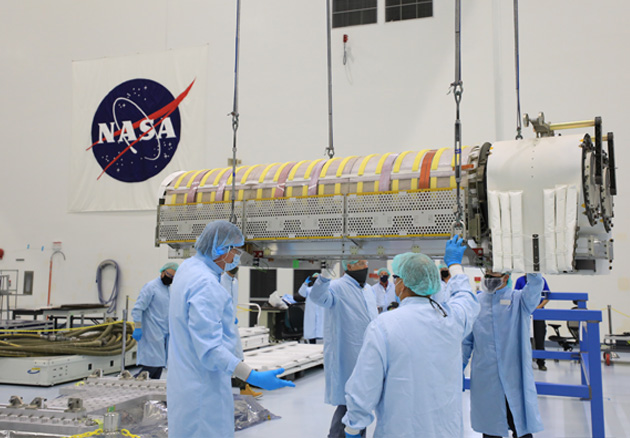 Technicians move one of the new solar arrays into place at the Space Station Processing Facility in Florida so engineers can add other elements including handrails.

Solar arrays destined for the International Space Station, or ISS, have arrived in Florida for the first time since 2002. When fully installed, they will boost available power for life support, science and commercial pursuits on the world’s only crewed, microgravity laboratory.

The new arrays will complete an ISS power system upgrade that began in 2017 with the installation of lithium-ion batteries that provide a steady flow of electricity throughout the station. That same year, the basic solar-array design underwent testing on the ISS to determine its strength and durability.

The new arrays and the batteries are provided by Boeing, whose ISS team works with NASA every day to operate, maintain and sustain the laboratory complex as it begins its record third decade of continuous habitation.

“Adding these arrays gives ISS everything it needs to operate robustly well into the future,” said Rick Golden, Boeing project manager for the arrays. “One of the genius elements of the ISS is its modular design, which allows new technology to be added as it becomes available. You can’t have a successful program without being able to evolve to take advantage of new technologies.”

The new ISS arrays are based on the Roll Out Solar Array, or ROSA, technology developed by Boeing industry partner Deployable Space Systems and are populated with Boeing Spectrolab XTJ Prime photovoltaic cells. The first two arrays will be flown to the ISS this summer, with the remaining four to arrive by 2023.

“Technology has advanced so that the new solar cells and blankets are even stronger and more efficient than their predecessors,” Golden said. “And the frame can be rolled up like a yoga mat for easy stowage and transport.”

The six new arrays will produce 120 kilowatts – enough to power 40 homes - and increase the ISS’ electricity supply by 20% to 30% to 215 kilowatts. They will not replace the original ISS arrays that currently power the station. Instead, they will roll out over the existing versions, partially covering them. They are half the size but use solar cells twice as powerful as those on the previous arrays. The new arrays are more durable as well, designed to operate reliably for years to come in the low-Earth orbit environment.

Every day, crews aboard the ISS and their ground-based counterparts test deep-space exploration technology, perform experiments to benefit life on Earth, and increase access to space science. At the same time, the station continues to enable increasing commercial operations in low Earth orbit. 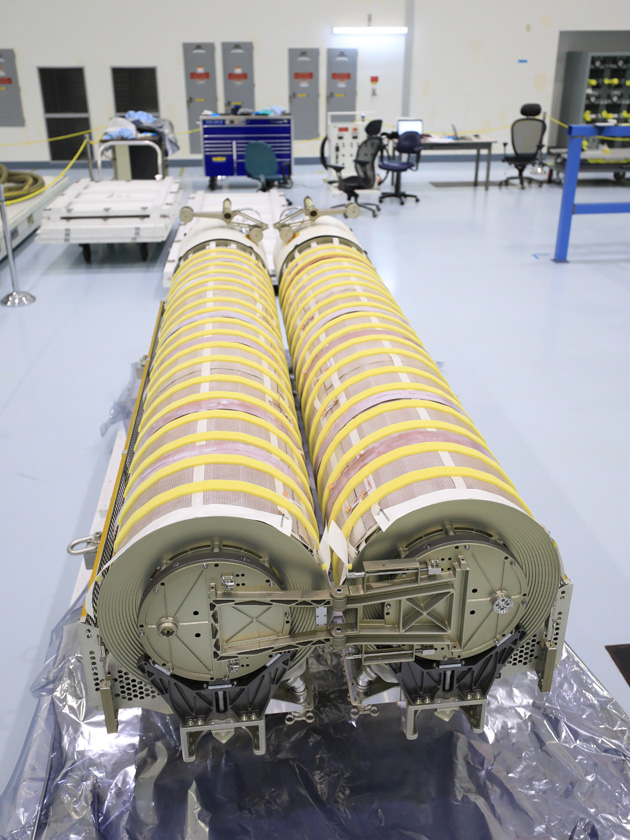