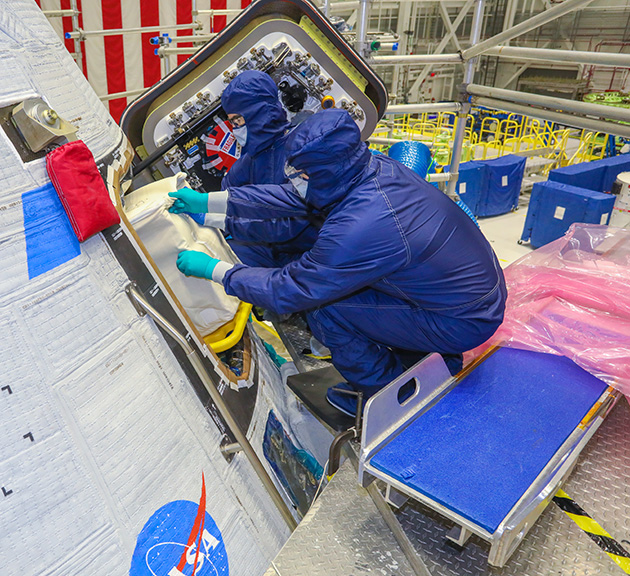 Cargo has been placed inside the Orbital Flight Test-2 vehicle prior to launch to the International Space Station.

The deep legacy of 14 historically black colleges and universities (HBCUs) will be onboard Boeing’s CST-100 Starliner as it embarks on its second mission to orbit for NASA’s Commercial Crew Program. Flags, small pennants and other items representing select HBCUs from throughout the U.S. will be part of the hundreds of pounds of cargo inside the uncrewed spacecraft for Orbital Flight Test-2 (OFT-2).

"Closing representation gaps in our company and our industry is a priority for Boeing, and inspiring diverse students to pursue careers in aerospace is an important part of that effort," said Boeing President and CEO David Calhoun. "By representing HBCUs on our Starliner mission, we are demonstrating our commitment to working with these institutions to advance equity and inclusion and help ensure a bright future for their students.”

Allen University in South Carolina, which the company formed a partnership with last year to establish the Boeing Institute on Civility, will also be represented. The institute will be a national hub for teaching and programming aimed at advancing civil discourse in America and across the globe.

A few additional universities Boeing has recruitment partnerships with also are represented. 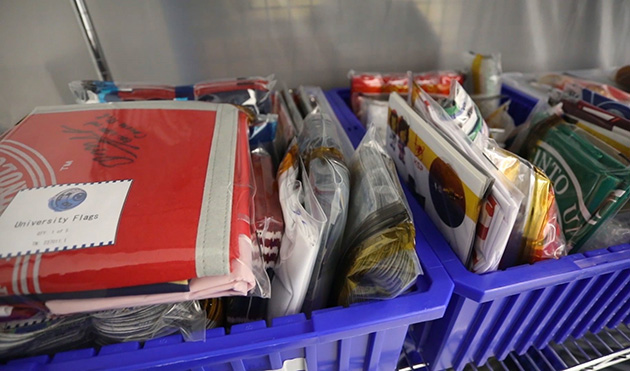 Flags from select historically black colleges and universities, and a few additional universities, are part of the cargo for Boeing Starliner’s second Orbital Flight Test.

The higher education mementos will be part of the approximately 760 pounds of cargo flying inside the Starliner’s crew module when it launches to the International Space Station for OFT-2, which is targeted for July 30. The end-to-end test is a critical developmental milestone on the company's path toward flying crew missions for NASA.

NASA cargo, weighing approximately 440 pounds, includes food and crew preference items for the current Expedition crew members, as well as a commemorative U.S. flag that will remain aboard the space station until it returns to Earth on Starliner's Crew Flight Test (CFT). Starliner will also carry provisions, like clothes and sleeping bags, for CFT astronauts Barry "Butch" Wilmore, Nicole Mann and Mike Fincke in anticipation of their upcoming mission to the station.

NASA also will have about 415 pounds of cargo returning to Earth when the Starliner lands in the Western United States after about a week in space. 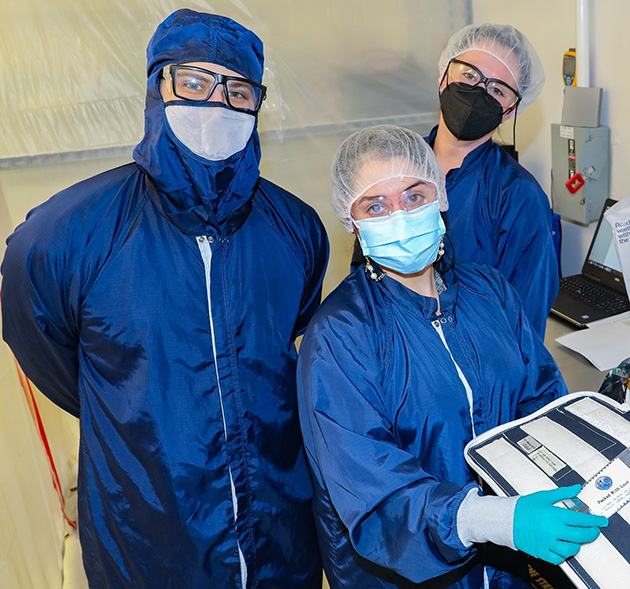 Boeing’s cargo, weighing approximately 320 pounds, includes other special commemorative items for Starliner employees, suppliers and partners who have worked tirelessly to get the spacecraft flying safely.

A card that Boeing’s founder, Bill Boeing, signed and used to travel the United States by air will also orbit the world on Starliner along with Silver Snoopy pins, which are presented by astronauts to those who directly contribute to the success of the U.S. human spaceflight program.

Rosie the Riveter commemorative coins will also make a trip to space. The coins were created to celebrate last year’s passage of the Rosie the Riveter Congressional Gold Medal Act, which honors nearly 19 million American women who rose up and filled a critical gap in the aerospace industry as men went off to fight in World War II.  The commemorative coins, which were designed to recognize the impact of Rosie Riveters and inspire future generations, will be used to celebrate student and employee achievements in Science, Technology, Engineering and Mathematics (STEM). 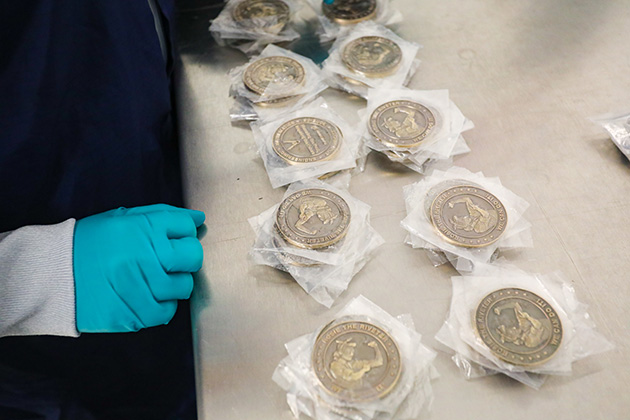 Rosie the Riveter commemorative coins will also make a trip to space to honor nearly 19 million American women who filled a critical gap in the aerospace industry during World War II.

The practice of carrying items aboard a spacecraft goes back to the early days of America’s space program and helps to acknowledge the immense work and dedication required to develop, build and fly a spacecraft.

The cargo also plays a critical role in the uncrewed Orbital Flight Test when it comes to ensuring the proper weight of the vehicle since there are no crew members onboard, said Dee Dobson, a systems engineering technician who helped pack and weigh the cargo as part of Starliner’s Crew and Cargo Accommodations Team.

“The cargo is extremely important when taking into account the weight and center of gravity of the vehicle. Every piece plays a role,” Dobson said.

For Dobson and Melanie Weber, subsystem lead for Crew and Cargo Accommodations, they are honored to be able to ensure the proper packing of the cargo.

“Being responsible for what is literally the supplies that will keep people in space alive is a precious and singular privilege. Giving the crew members the tools they need to do their job is truly an honor,” Dobson said.

“It’s amazing to see the journey he went through throughout his lifetime. As I looked at the card, I wondered if he would have thought we’d go this far and build our own spacecraft and would he be proud of us. I hope that he is,” Weber said.