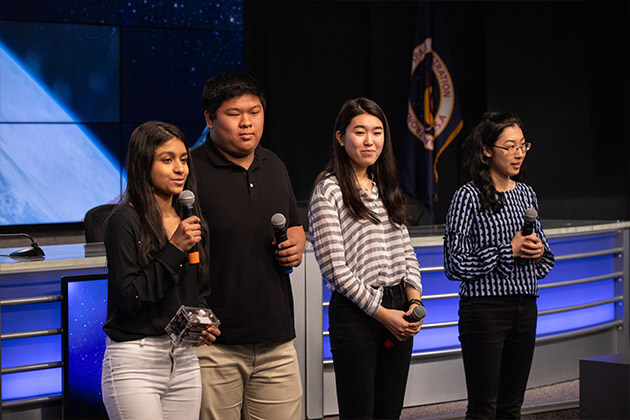 Genetic editing to discover and develop treatments for the effects of deep-space missions on astronauts is closer to reality following a student experiment conducted on the International Space Station, or ISS.

The research was published today in the scientific journal PLOS ONE by microbiologists and student researchers working with the Boeing-sponsored Genes in Space program. The technique, known as Clustered Regularly Interspaced Short Palindromic Repeats, or CRISPR, was used on yeast cells aboard the ISS to create precise breaks in DNA strands to see how they repaired themselves.

Being able to do the CRISPR work in space means astronauts on long-duration missions may be able to detect DNA damage and potentially even treat it – just as scientists will do for patients on Earth.

The experiment performed in 2019 was part of the Genes in Space-6 payload designed by high school students David Li, Aarthi Vijayakumar, Michelle Sung and Rebecca Li. The project was led by Sarah Stahl-Rommel and colleagues including Boeing’s Scott Copeland. 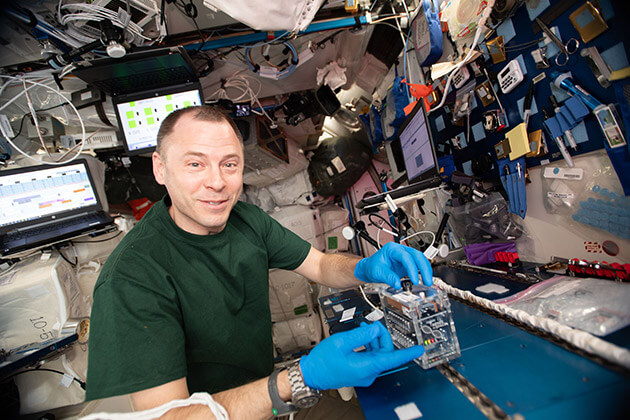 NASA astronaut Nick Hague works with the miniPCR bio DNA replicator aboard the International Space Station in 2019 to perform the Genes in Space-6 experiment. The results of the Boeing-sponsored student research were published in the scientific journal PLOS ONE. Credit: NASA

“This is the kind of research that opens up many scientific gene-editing opportunities in the future,” said Copeland, who manages all the scientific payloads launched for use on the U.S.-operated part of the orbiting laboratory. “It offers researchers a pathway to additional experiments to drive our discovery that much further.”

Breaks in DNA – the coded protein chain of molecules that detail every aspect of a cell’s function and operation – can lead to mutations and in some cases even cancer. By carefully breaking a DNA molecule, scientists can observe how the repair happens. That insight may fuel future discoveries of ways to prevent mutation. That is obviously important for people on Earth, but it is equally critical for astronauts who must travel far beyond Earth and its magnetic field’s protection from ionized radiation.