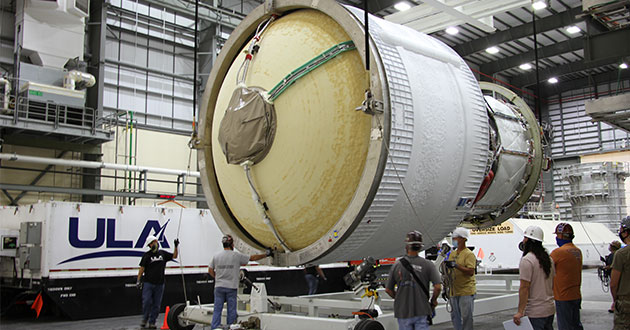 The first Space Launch System rocket, now being stacked for an uncrewed launch on NASA’s Artemis I mission, will prepare the way for a crewed trip around the moon on Artemis II.

The Boeing-built core stage that will lift that crew is advancing at the Michoud Assembly Facility in New Orleans. There, crews have structurally mated the top half of the stage, and are integrating the forward skirt, liquid oxygen (LOX) tank and intertank.

Meanwhile, partner United Launch Alliance this week shipped its second Interim Cryogenic Propulsion Stage (ICPS) from its Decatur, Alabama, factory to its processing facility in Florida for completion prior to delivery to NASA. The ICPS is the initial in-space stage that will boost the Orion spacecraft into deep space.

Thermal protection sprays for the liquid hydrogen tank and aft dome have been completed in the largest spray cell of its kind, while Boeing TPS experts deploy additional innovations.

“We’re using 3D projection for foam trimming to get more precision and higher quality applications, and automating other areas,” explained Jennifer Boland-Masterson, SLS Director of Operations at MAF. “We’ve got great new ideas coming in from the shop floor, and putting lessons learned from the first build and the test program to work here every day.” 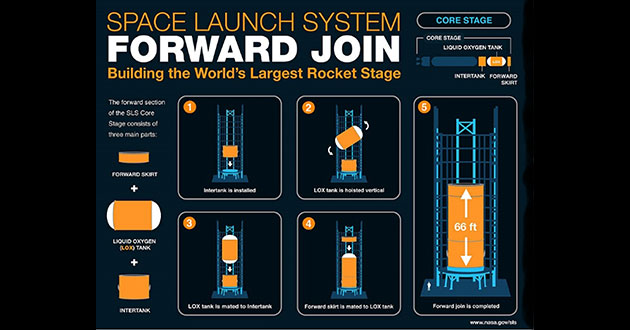 Boeing has completed structural assembly of the Artemis II SLS forward join, and integration is underway at the Michoud Assembly Facility in New Orleans.

Another innovation is to accelerate the mating of the engine section and its “boat tail” engine housing to open up critical-path work.

“The team has demonstrated real agility in managing around COVID-related parts shortages,” said Boland-Masterson. “We’re finding ways to re-sequence work and stay on track while maintaining safety and quality, because we all know crews will fly on top of what we’ve built.”

ULA and Boeing are also working on the third ICPS at ULA’s Decatur facility. Meanwhile, welding and other fabrication activities continue for the third core stage in support of later Artemis missions. NASA will land the first woman and the first person of color on the lunar surface, establish a long-term presence at the Moon, and prepare for human missions to Mars.

“Core stages for rockets 2, 3, 4, plus Exploration Upper Stage, are all underway and on track to meet NASA’s deadlines,” said John Shannon, Boeing vice president and SLS program manager. “SLS production is cementing U.S. leadership in space and we’re proud to be a part of that.” 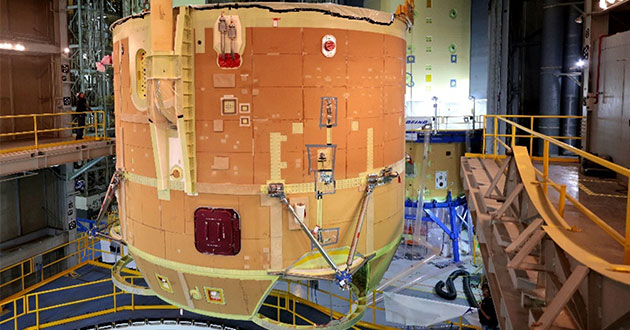