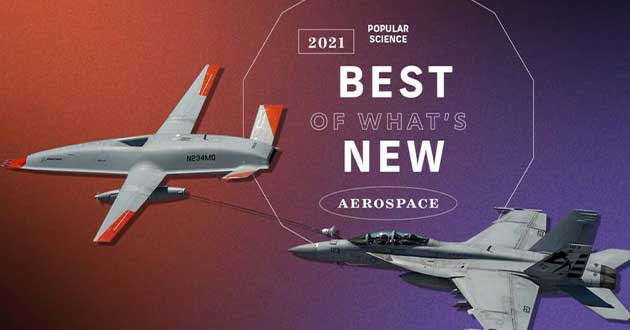 The U.S. Navy and Boeing MQ-25 program caught the attention of Popular Science’s editors after Boeing’s T1 test asset transferred fuel to three different carrier-based aircraft in three months in 2021 – including an F/A-18 Super Hornet, E-2D Hawkeye and F-35C Lightning II. The MQ-25 became the first unmanned aircraft in history to refuel another aircraft with those flights, illustrating the capabilities of the unmanned aerial refueler.

Popular Science summed up the mission this way: “When one of the Navy’s F/A-18 Super Hornet fighter jets needs more fuel while it’s in the air, another Super Hornet does that job. But those jets are designed to fight, not be gas pumps in the sky. Enter the MQ-25 Stingray.”